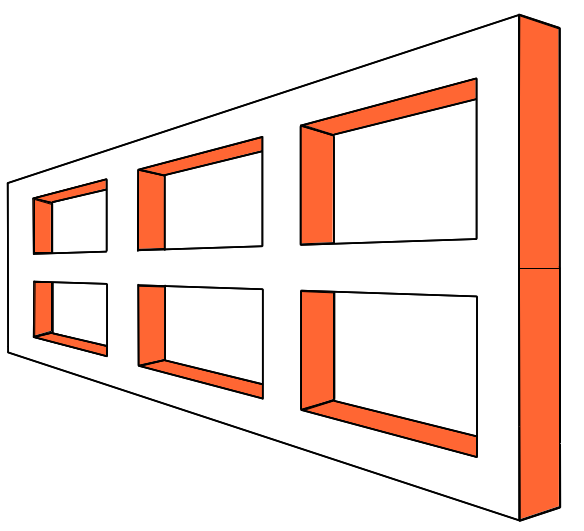 Just this week, I learned about the Ames Window: a visual illusion invented by American scientist Adelbert Ames, Jr. in 1951.  Seeing it here in two dimensions, the Ames Window appears unremarkable–we readily understand this image as a rectangular window with six panes.  Actually, of course, it is nothing of the sort: the shape is a trapezoid, not a rectangle.  But since in our experience objects appear larger when they are close to us, and smaller when far away, we readily interpret the drawing as a rectangular frame viewed from one end. 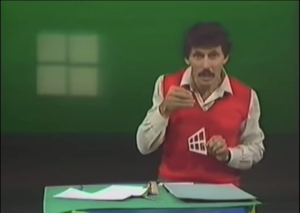 The Ames Window really comes into its own, however, when we cut it out and play with it in three dimensions.  This astounding video, from the Australian educational program “The Curiosity Show,” demonstrates the Window’s amazing properties.  Since we perceive the longer end as closer to us even when it in fact is not, when the window is spun on a string, it seems not to spin, but to oscillate back and forth.  A pen stuck through the window will clearly be seen to spin when the Window spins.  However, since we still perceive the Window itself as oscillating rather than spinning, the amazing result is that the pen appears to pass through the solid fabric of the cut-out design–even though we know that to be impossible.

Adelbert Ames was a pioneering figure in the physiological study of the eye, and particularly of binocular vision.  But that work led him into the psychology of perception.  We can readily understand how and why his illusion works.  Our brain makes sense of visual stimuli in three dimensions by interpreting objects nearby as larger than objects far away.  That is how we judge distances: how we can know how far away a target (say, a piece of fruit, or a prey animal) is, or whether (and how quickly!) a threat is approaching us. 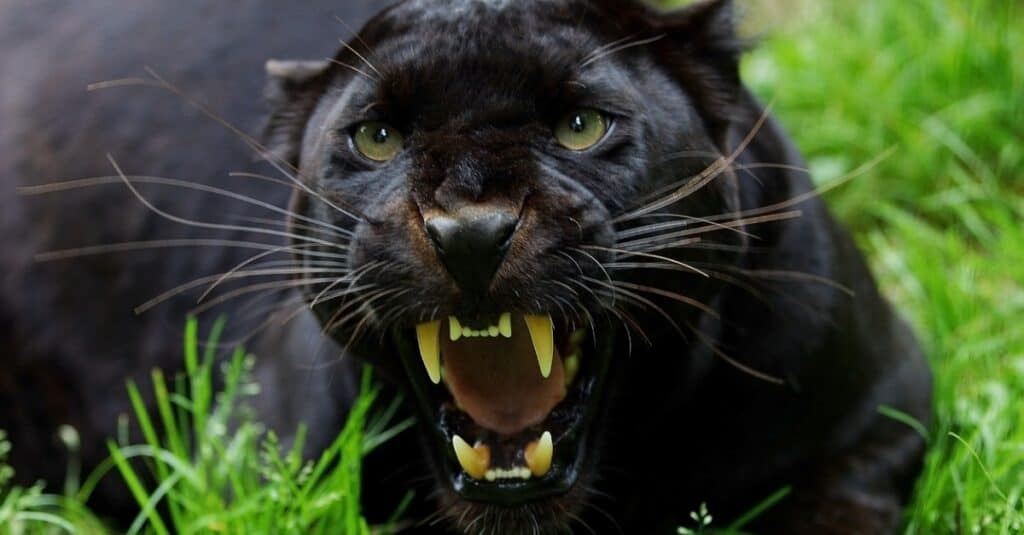 Those hard-wired perceptual cues usually serve us well.  But, as the Ames Window demonstrates, what we know to be true can lead us astray when reality does not, in fact, agree with our perception.

In more than 20 years of college teaching, I have seen that students who are open to new knowledge will learn. Students who aren’t won’t. But this attitude is not fixed. The paradoxical union of intellectual humility and ambition is something that every student can (with help from teachers, counselors and parents) and should cultivate. It’s what makes learning possible.

I have found this to be true in my teaching–and also in my own study.  The necessary precursor to learning anything new is the humble acknowledgement that we do not know!  Yet, as Milesic goes on to observe, a major obstacle to learning is “knowingness”–our insistence that we do know:

Knowingness is everywhere in our culture. From a former president claiming “everybody knows” some conspiracist nonsense to podcasters smugly debunking cultural myths to your feeling you have to have read, heard and streamed everything, the posture of already knowing supersedes the need to approach new situations with curiosity.

Perhaps nowhere is this tendency so obvious, and so dangerous, as in those matters of faith that mean most to us.  Our certainties about what faith means, and what therefore the Bible must say, can easily prevent us from seeing what the text on the page actually says.  Milesic’s experience teaching theology in many ways mirrors my own experience teaching Bible:

Every semester during my years teaching theology, students would tell me on the first day of class that they knew they would get an A, because they’d already had 12 years of Catholic school. But often enough, they’d get a C. Their assumptions about the subject matter kept them from learning the more critical approach to the subject I was trying to teach. 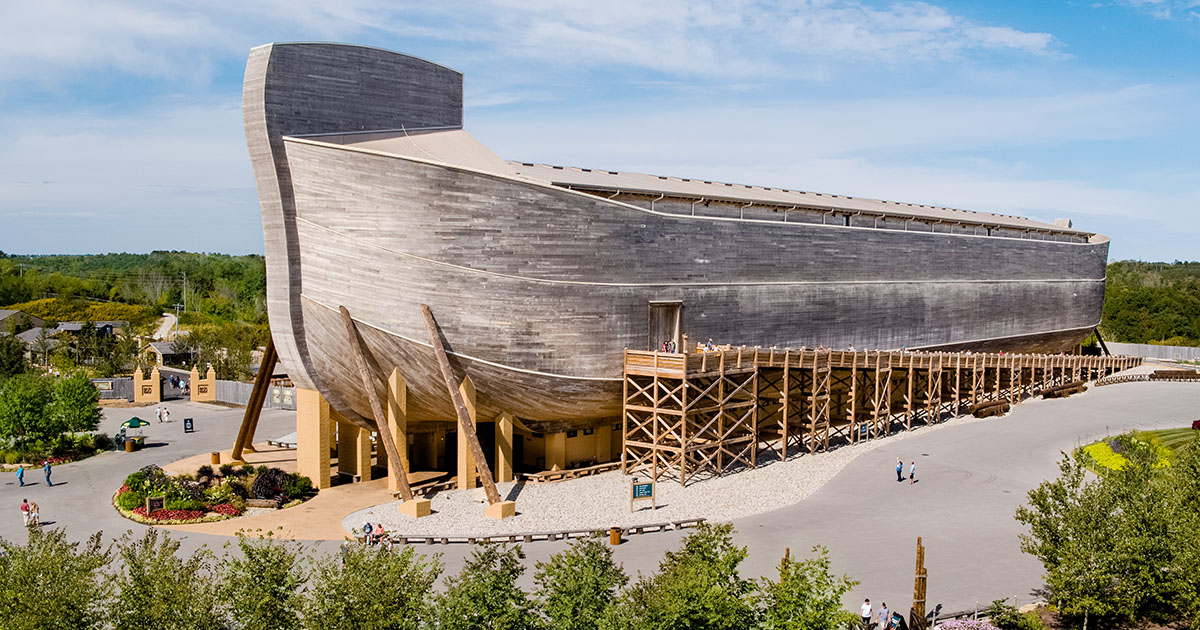 To take one fairly trivial example: everybody knows that Noah took two of every kind of animal into the ark, and that with that menagerie and his family he rode out the flood.  But is that in fact what the Bible says?  Genesis 6:19-20 seems conclusive:

I still remember, in my first teaching post out of grad school, seeing a young woman in my Bible course do a classic double-take when we read this passage!  After class, she asked me, “Why has no one ever told me about this?”  Of course, she didn’t actually need anyone to tell her anything: the biblical text was there to be read.  But it was only when she actually read the text, rather than reading over it, that she was able to see what it said, rather than what she assumed it said.

The conflict between Genesis 6:19-20 and 7:2-3, together with other tensions within the flood story,  strongly suggests that the final form of the text is not a single account, but an interweaving of two flood traditions.  One tradition assumes that Noah and his family are already eating meat, and that a clan leader like Noah is permitted to offer sacrifices (as he does in Gen 8:20-22)–hence the need for extra “clean” animals, suitable for altar and table.  The other evidently understands sacrifice to be the exclusive province of proper cult officials, and regards meat-eating as only beginning after the flood (see Gen 1:29-30; 9:1-6).  As a result, this tradition insists that no extra “clean” animals were required, and emphasizes that only two of every kind were taken on the ark.  The presence of two dissonant flood traditions, one of which seems to be correcting the other, complicates our straightforward assumptions about this text–particularly if we had assumed the text to be the factual account of an actual event.

George Bernard Shaw wrote, “No public man in these islands ever believes that the Bible means what it says: he is always convinced that it says what he means” (“Our Theatres In The Nineties,” 1930). Certainly, Shaw had a point!  It is far easier, and simpler, to stick with what “everybody knows” the Bible says than to wrestle with what Scripture actually means.

On the one hand, the Bible continually frustrates our attempts to turn it into an end in itself: whether as an infallible witness to history, or as a self-sufficient, internally consistent rule of behavior.  The Bible is far more complex than that, as an honest reading of the text on the page continually reveals. But on the other hand, reading the Bible brings us into an encounter with the living God.  Reformed theologian Daniel Migliore puts it very well: “Scripture is indispensable in bringing us into a new relationship with the living God through Christ by the power of the Holy Spirit.”  However, “Christians do not believe in the Bible; they believe in the living God attested by the Bible” (Daniel L. Migliore, Faith Seeking Understanding: An Introduction to Christian Theology, Second Edition [Grand Rapids: Eerdmans, 2004], 50). The distinction is vital, friends.  Can we lay aside our biblical “knowingness,” and allow the words of Scripture to bring us into a new experience of the living Word of God?