Eric Metaxas, the author of acclaimed biographies of William Wilberforce and Dietrich Bonhoeffer, is regarded in many circles as an important Evangelical thinker and public intellectual.  That influence makes his reaction to the 2020 election all the more troubling.  Despite all evidence to the contrary, Mr. Metaxas says that Donald Trump won re-election “in a landslide.”  He predicts that many will be imprisoned for the fraud resulting in Joe Biden’s apparent victory, calling the attempt to steal the election from Mr. Trump “the most horrible thing that ever happened in the history of our nation.” Thankfully, Mr. Metaxas declares, “Jesus is with us in this fight.”

More recently, Mr. Metaxas told Evangelical supporters of Mr. Trump that God is on Trump’s side, and their side.  To those who say that no evidence of election fraud has been presented, and that indeed numerous lawsuits in multiple states have failed to persuade any court that such evidence exists, Mr. Metaxas says,

During a call with Mr. Trump broadcast on Mr. Metaxas’ television show,  he told the president, “I’d be happy to die in this fight.” . . . “This is a fight for everything. God is with us.”

It is no surprise to anyone who knows me that Mr. Metaxas and I differ strongly in our politics.  But these statements, coming from a man of considerable influence to many Evangelicals, are disturbing for reasons that have nothing to do with partisan politics.  Mr. Metaxas easily equates faith in Jesus with believing Mr. Trump’s unsupported claims of election fraud, and unambiguously declares that God is on his side.

This is nothing new, of course.  Sadly, the rhetoric of adversarial politics often seeks to enlist God on our side–whatever that side might be.  Allegedly, Abraham Lincoln, asked during the Civil War if he believed that God was on the Union’s side, answered, “Sir, my concern is not whether God is on our side; my greatest concern is to be on God’s side, for God is always right.” 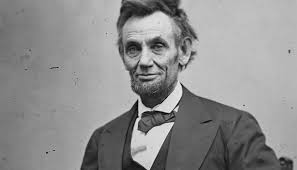 President Lincoln certainly expressed this wise reserve in his second inaugural address.  Looking back in sadness to the beginning of the Civil War, he wryly observed:

Each looked for an easier triumph, and a result less fundamental and astounding. Both read the same Bible and pray to the same God, and each invokes His aid against the other. It may seem strange that any men should dare to ask a just God’s assistance in wringing their bread from the sweat of other men’s faces, but let us judge not, that we be not judged. The prayers of both could not be answered. That of neither has been answered fully. The Almighty has His own purposes.

More troubling, however, is the way that Mr. Metaxas blithely equates faith in Christ with belief in a stolen election.  You believe in Jesus without evidence, he seems to say, because you know in your heart that Jesus is real–why then do you need evidence to believe this other thing you feel in your heart to be true?  This false equation not only belittles reason, it cheapens faith.

In C. S. Lewis’ famous Christian satire The Screwtape Letters: Letters From a Senior to a Junior Devil, the senior devil Screwtape writes letters of advice to his nephew Wormwood, on how Wormwood can tempt his “patient” into hell.  Screwtape advises Wormwood to get his client thinking obsessively about politics–whether conservative or liberal (“Patriotism or Pacifism,” in Lewis’ World War II English context):

Let him begin by treating Patriotism or Pacifism as a part of his religion.  Then let him, under the influence of partisan spirit, come to regard it as the most important part,  Then quietly and gradually nurse him on to the stage at which religion becomes merely part of the “cause” (The Screwtape Letters, letter 7).

I fear that this is the fate to which Mr. Metaxas, who unambiguously identifies Mr. Trump’s re-election as God’s will and Christian faith with commitment to Mr. Trump’s political fortunes, has succumbed–and into which he may lead others under his influence.

Reflecting on Mr. Metaxas, I was reminded of the closing verses of Haggai (Haggai 2:20-23)–a cautionary tale about the dangers of identifying our faith too closely with any political figure or movement. In his final oracle, Haggai addresses the political leader of restored Judah, the governor Zerubbabel: The word translated “signet ring” in the CEB (Hebrew khotam) is not common in the Hebrew Bible. Still, the use of the term in Genesis 38:18 and 1 Kings 21:8, together with archaeological evidence (numerous clay document seals and jar handles bearing seal impressions have survived), demonstrate the importance and use of the signet.  The impression of a signet ring indicated that the document or item so sealed came from, belonged to, or bore the authority of the signet’s owner.

As surely as I live, declares the LORD, even if Coniah [also called “Jehoiachin”], King Jehoiakim’s son from Judah were a signet ring on my right hand, I would still remove you from there.

Haggai, like Jeremiah, is using royal imagery: to be the king is to represent divine authority; to be, as it were, God’s signet ring. For Jeremiah, the image demonstrates both God’s authority and the irrelevance of Jehoiachin, who was taken into exile in Babylon after surrendering Jerusalem to save it from siege (his sole kingly act; see 2 Kings 24:8-17).  Even if Jehoiachin had been God’s signet ring, Jeremiah says, God had removed him, just as one takes a ring from one’s finger.

Haggai’s choice of this image for Zerubbabel is tremendously significant, and potentially dangerous. Jehoiachin had at least been a king, for a little while. Zerubbabel was a descendant of David (see the Davidic lineage in 1 Chronicles 3:19), but he is explicitly called pekhah (“governor,” see Haggai 2:21): he is the governor of the Persian province of Judah, not the king of an independent kingdom. For Zerubbabel openly to claim the title “king” would be to rebel against Persian rule.

Haggai does not propose a rebellion. Instead, he is confident that God is at work in the tumultuous political events of his day to bring about Zerubbabel’s rise.

Speak to Judah’s governor Zerubbabel:
I am about to make the heavens and the earth quake.
I will overthrow the thrones of the kingdoms;
I will destroy the strength of the nations.
I will overthrow chariot and rider;
horses and riders will fall.
Each one will fall by the sword of his companion.
On that day, says the Lord of heavenly forces:
I will take you, Zerubbabel, Shealtiel’s son, my servant, says the Lord;
I will make you like a signet ring
because I have chosen you, says the Lord of heavenly forces (Hag 2:21-23).

The CEB has “the thrones of kingdoms” in Haggai 2:22, following the Greek of the Septuagint.  The Hebrew, however, is kisse’ mamlakot, “the throne of kingdoms.”  The Aramaic of the Targum and the Latin Vulgate also have the singular “throne,” as does the NRSV.   It is easy to see why a Greek translator would have thought that the two terms should agree in number, but it is difficult to see how the opposite move could occur. The Hebrew has the original here: God is about “to overthrow the throne of kingdoms.”  The singular throne over multiple kingdoms must surely refer to imperial power: in context, to Persia.  Haggai was convinced that the rebellions of Egypt and Babylon against Darius I (522-486 BCE) would lead to the fall of Persia, to independence for Judah, and to kingship for Zerubbabel, who would then be revealed to all as the LORD’s signet ring.

But Haggai was wrong. Darius did not fall—thankfully, since according to Ezra it was largely through his intervention that the temple was at last rebuilt (see Ezra 5–6). Zerubbabel did not rise to kingship; instead, he faded into obscurity. This is but one of many examples, from across Scripture, of prophecies that did not come to pass: to name but a few, Huldah’s promise that Josiah would die in peace (2 Chr 34:28//2 Kgs 22:20; cf. 2 Kgs 23:29-30; 2 Chr 35:20-27), Ezekiel’s prediction that Tyre would fall to Nebuchadressar (26:1-14; cf. Ezek 29:17-21), Jonah’s declaration of Nineveh’s fall (Jonah 3:4; cf. 3:10), and the many New Testament predictions of the imminent end of the world (for example, Mark 13:30; 1 Cor 7:29-31; Rev 22:12, 20). “Unfulfilled” prophecy is only a problem if we believe the prophets to be fortune-tellers. But instead, the Bible presents the prophets as God’s messengers, communicating what God has revealed as best they can. God remains free to act as God chooses, in response to God’s people (see Jonah 4:1-2, 11).   So we need not root Haggai from the canon because he misread his times!  But we can find, in his last mistaken oracle, a warning not to identify our faith too closely with any political figure.

This does not, by the way, mean that Christians should not be politically involved.  Lewis published The Screwtape Letters in book form in 1943, but it began as a wartime serial in the British newspaper The Guardian between May and November of 1941.  This was just after the Blitz, a terrible period during which England was under almost continual aerial attack from Nazi Germany.   Indeed, Wormwood’s “patient” is killed by a German bomb:

One moment it seemed to be all our world; the scream of bombs, the fall of houses, the stink and taste of high explosive on the lips and in the lungs, the feet burning with weariness, the heart cold with horrors, the brain reeling, the legs aching; next moment all this was gone, gone like a bad dream. . . Did you mark how naturally–as if he’d been born for it–the earth-born vermin entered the new life? (The Screwtape Letters, letter 31).

Lewis warned his readers against their faith becoming just an aspect of their politics–“merely part of the ’cause.'”  However, he was well aware of the dangers posed by systemic, political evil, and of the responsibility owed by citizens to work for the common good.  Christian faith does not call us to quietism–indeed, loving what God loves will engage us positively and passionately with what God is doing in the world.  But our faith also reminds us that, together with all the saints who have gone before us, we are part of something larger than this or any other political season: the Church of Jesus Christ, “spread out through all time and space and rooted in eternity, terrible as an army with banners” (The Screwtape Letters, letter 2).