We are back home from the glorious hills and isles and lochs of Scotland.  A constant of our trip was a heightened awareness of time, and of age.  I live in a country founded in 1776, 237 years ago.  We think of something as “old” if it has been here for a century or two.  But Wendy and I spent the last four days of our time in Scotland on the campus of the University of St. Andrews, celebrating its 600th birthday this year!

The last meeting of our Ezekiel symposium (thank you, Bill Tooman!) was in the faculty lounge of the St. Mary’s College School of Divinity, established in 1539.

In St. Andrews, we walked through the ruins of Cardinal Beaton’s Castle

and the St. Andrews cathedral,

both toppled as a consequence of the Scottish Reformation in the mid to late 15oos.

But St. Andrews is new compared to the remains of St. Columba‘s abbey on Iona, established in 563.  In front of the restored Dominican abbey that is today the spiritual center of the ecumenical, worldwide Iona Community stands St. Martin’s Cross. 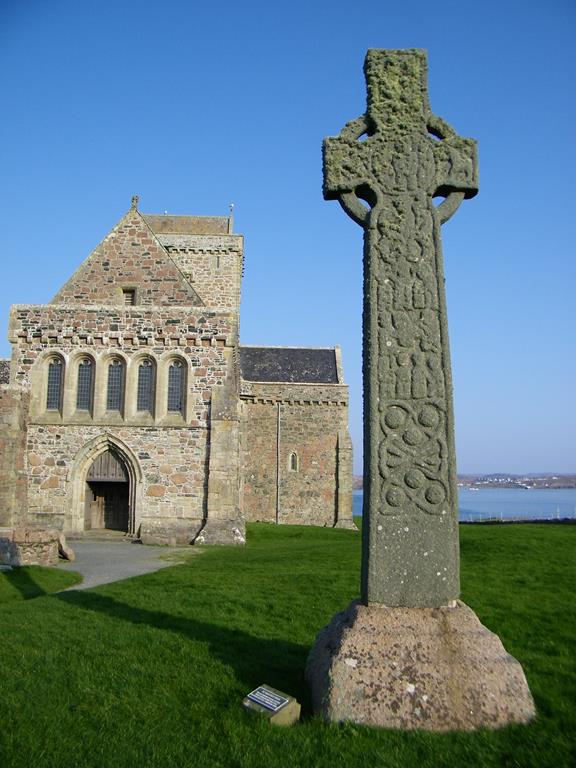 The last of the high crosses erected by Columba’s monks still standing, St. Martin’s cross has stood in its place on Iona for 1,200 years.

St Columba’s Iona and St. Martin’s cross are in turn young compared to the 500 or more Neolithic and Bronze Age sites in and around the valley of Kilmartin Glen.  The burial cairns, 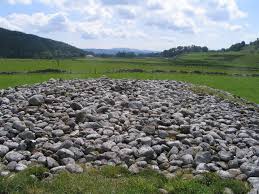 and the standing stones of Kilmartin

As a Hebrew Bible scholar, I work with ancient texts.  But even the oldest biblical texts are over 3,000 years younger than the stones at Kilmartin.  Of course, geologists would remind me of the vast age of the earth, likely 4.54 billion years, and astronomers would in turn remind me of how relatively young our solar system itself is, in comparison with the age of the universe: perhaps 13.82 billion years.

This awareness of deep time contrasted to the brief span of human life, and even of the lives of nations, is profoundly humbling.  Yet as the Bible itself testifies, God was at work with human beings long before the birth of Israel in the mid-thirteenth century BC.  Indeed, God was at work on the earth before humanity, and in the cosmos before the earth–from before the beginning of time.  As the writer of Colossians affirms,

He existed before all things,
and all things are held together in him

To quote the irrepressible Paul Simon, “God is old!   We’re not old.”  Good to know that we ephemeral creatures are held, and loved, by the Ancient of Days!