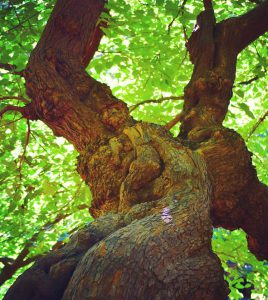 The Psalm for this Sunday in the lectionary is Psalm 1.  The first Psalm was not placed at the opening of the Psalter by accident: indeed, this poem may have been composed to introduce the book. In the Leningrad Codex, on which the standard critical edition of the Hebrew Bible is based, the first psalm is unnumbered, suggesting that it stands as a heading to the psalms that follow.

Still, Psalm 1 seems an odd place for this book to begin. In Hebrew, the book of Psalms is called Tehillim, or “praises;” yet, the first psalm is not a song of praise! Numerically, the book of Psalms is dominated by prayers for help, and yet Psalm 1 is not a prayer.  As James Luther Mays observes, “The Book of Psalms begins with a beatitude. Not a prayer or a hymn, but a statement about human existence” (Psalms, Interpretation [Louisville: Westminster John Knox, 1994], p. 40). But perhaps this is not such a strange beginning, after all. For while the Psalter certainly gives expression to Israel’s theology, this is not so much a book about God as it is a book about us: the community of faith. As St. Athanasius wrote,

Within [the Psalter] are represented and portrayed in all their great variety the movements of the human soul.  It is like a picture, in which you see yourself portrayed and, seeing, may understand and consequently form yourself upon the pattern given.       . . . In the Psalter you learn about yourself (from “To Marcellinus on the Interpretation of the Psalms”).

So, what does this psalm teach us about ourselves, as we are and as we might become? Psalm 1 contrasts the wicked (Hebrew resha’im) and the righteous (tsadiqim). The wicked are defined only in negative terms: by their opposition to the righteous, who do not follow their way, or sit in their councils (1:1), just as the wicked themselves

will have no standing in the court of justice—
neither will sinners
in the assembly of the righteous (1:5).

The righteous, by contrast, are positively defined by their immersion in God’s torah. My old friend and fellow Bible Guy Jerome Creach proposes that in Psalm 1, torah refers not only to the written Law of Moses, but also to the Psalter itself:

The Psalms are a part of the pluriform expression of divine instruction by which the righteous find a secure destiny, hope for their living (Jerome Creach, The Destiny of the Righteous in the Psalms [St. Louis: Chalice, 2008], 139).

Certainly, the language of Psalm 1 does not permit a legalistic understanding of righteousness. Contrast this psalm’s approach to Torah with, say, Deuteronomy.  In Deuteronomy 15:5, for example, Israel is enjoined to “carefully obey the Lord your God’s voice [Hebrew shama’ beqol; literally, “hear the voice”]  by carefully doing [Hebrew shamar; “keep” or “observe”] every bit of this commandment  [Hebrew mitswah] that I’m giving you right now” (see also Lev 26:14).

None of this legal vocabulary appears in Psalm 1. Instead, the righteous are here said to “love (Hebrew chapets, “desire;” rendered “delight in” in the NRSV) the LORD’s Instruction” and to “recite (the verb hagah actually means “murmur,” implying constant, repetitive study and recitation; the NRSV has “meditate”) God’s Instruction day and night” (Ps 1:2).

“Be very brave and strong as you carefully obey all of the Instruction that Moses my servant commanded you. Don’t deviate even a bit from it, either to the right or left. Then you will have success wherever you go. Never stop speaking about this Instruction scroll. Recite it day and night so you can carefully obey everything written in it. Then you will accomplish your objectives and you will succeed.  I’ve commanded you to be brave and strong, haven’t I? Don’t be alarmed or terrified, because the Lord your God is with you wherever you go.”

As the CEB recognizes, Hebrew torah may be better rendered as “instruction” than by the traditional translation “law.”

They are like a tree replanted by streams of water,
which bears fruit at just the right time
and whose leaves don’t fade.
Whatever they do succeeds.

This arboreal imagery emphasizes both the stability and fruitfulness of the righteous. 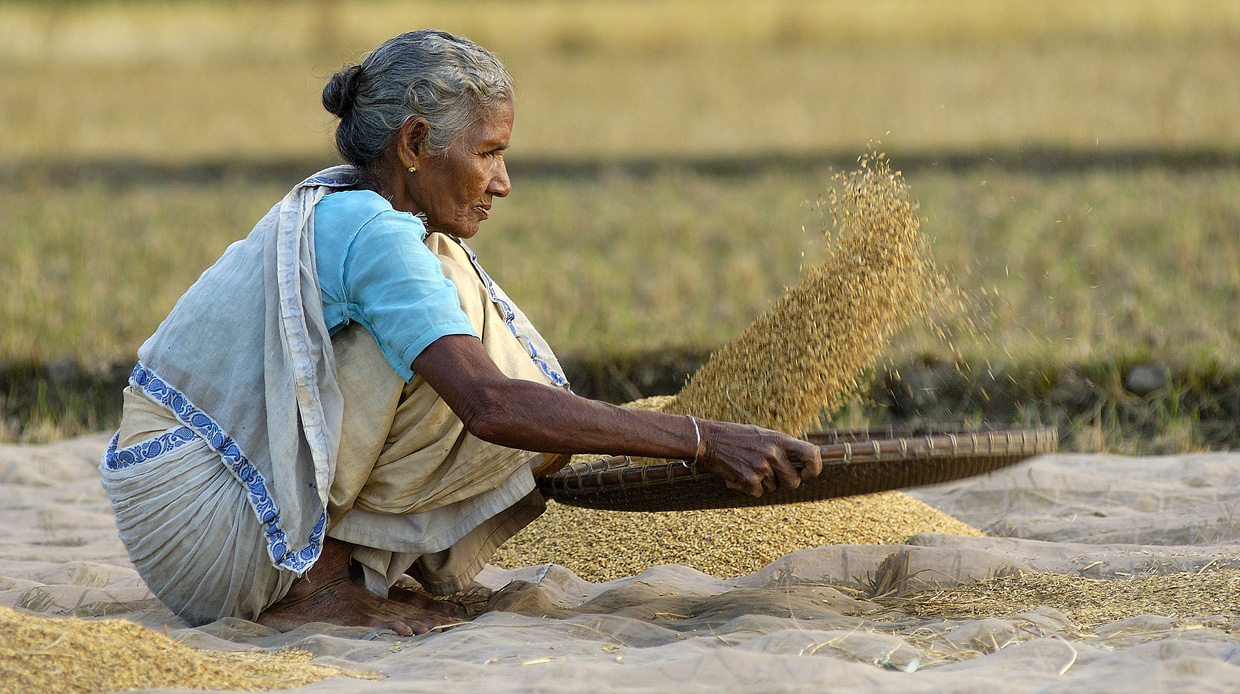 In sharp contrast, the wicked “are like chaff that the wind drives away” (1:4, NRSV): empty husks–dry, lifeless, fruitless, and rootless.

But the image of “trees planted by streams of water” also calls to mind other biblical connections. The reader may think of Eden, the well-watered garden of God (Gen 2:8-14), in which grew “every tree that is pleasant to the sight and good for food” (Gen 2:9, NRSV), or of the river in Ezekiel 47:1-12, along whose banks

will grow up all kinds of fruit-bearing trees. Their leaves won’t wither, and their fruitfulness won’t wane. They will produce fruit in every month, because their water comes from the sanctuary. Their fruit will be for eating, their leaves for healing (Ezek 47:12; compare Rev 22:1-2).

The Zion link is particularly intriguing, as other features of Psalm 1 connect this Torah psalm to Psalm 2, a royal psalm celebrating the coronation of the king “on Zion, my holy mountain” (Ps 2:6).  Most of the psalms in Book 1 of the Psalter (Pss 1–41) have superscriptions connecting them to David.  But neither of the two opening psalms of the Psalter is given a title (apart from these two, only Pss 10 and 33 lack such superscriptions). Further, Psalms 1 and 2 are bracketed by the Hebrew expression ’ashre (“happy;” compare Pss 1:1 and 2:11). In this way, the book of Psalms opens with the two major themes of the Hebrew Bible conjoined: law and kingship, conditional covenant and unconditional promise, Sinai and Zion (cf. Jon Levenson, Sinai and Zion: An Entry Into the Jewish Bible [New York: Winston Press, 1985], 217).

Jerome Creach argues that in Psalm 1, Torah has replaced Zion as the means of access to God’s presence and blessing (The Destiny of the Righteous in the Psalms, 145). Curiously, in our New Testament, it often seems that the opposite shift has taken place.  Zion themes, particularly those promises linked to the Davidic line, have displaced Sinai themes–or, as Christians so often phrase it, the Law has been displaced by the Gospel. So, Paul can describe Sinai allegorically as Hagar, Abraham’s slave wife whose children remain in bondage (Gal 4:24-25), while his free wife Sarah “corresponds to the Jerusalem above; she is free, and she is our mother” (Gal 4:26, NRSV).

But the relationship between Sinai and Zion is in both testaments more complex than at first appears. The book of Psalms does not simply set Zion aside, but makes frequent reference to temple worship; further, the attribution of many of its poems to David leads, ultimately, to the traditional ascription of the Psalter as a whole to that paradigmatic king (See, for example, Mark 12:36-37//Matt 22:43-45; Rom 4:6). Although Paul asserts that “a person isn’t made righteous by the works of the Law but rather through the faithfulness of Jesus Christ” (Gal 2:16), he opposes simple antinomianism: for example, Paul recognizes the command to love the neighbor (Lev 19:18) as the fulfillment of the law (Rom 13:8-10).

In the New Testament as in the Old, then, Sinai and Zion are held in unresolved tension. Insofar as faith involves the relationship of the believer with God, all of Scripture affirms that God’s grace alone makes that relationship possible: the unconditional promise of Zion reassures us. Insofar as faith involves life in the world, all Scripture insists upon God’s will as an imperative: the conditional covenant on Sinai challenges and compels us. 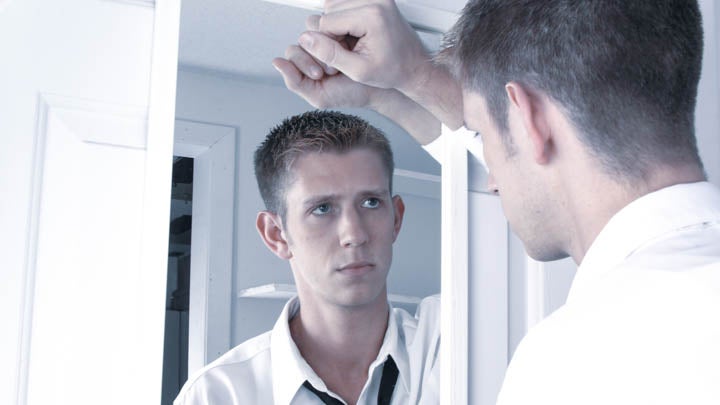 To return then to the question with which we began, what does Psalm 1 teach us about God and ourselves? Although the poem appears to describe two different groups of people, it is apparent that the Psalmist actually has no interest in the wicked; like chaff, they have no real substance. The righteous alone are defined positively and concretely, by their relentless pursuit of Torah. Therefore, the righteous alone have purpose and destiny:

The NRSV, like the old KJV, has “for the LORD watches over the way of the righteous” (Ps 1:6). But the verb here is yada’, that is, “know.” In Hebrew, “knowing” has to do not simply with intellectual grasp, but with relationship. Those who desire to know God, who seek out and meditate upon God’s instruction, are in turn known by God: as the CEB has it, the LORD is “intimately acquainted” with them!

The destiny of the righteous in this psalm is to know, and be known, by God—to enter into a relationship with the Divine; to become like trees in the temple garden, drawing life from God and bearing fruit for God. The means to that end set forth in this psalm is immersion in Scripture: in God’s Torah. Such seekers will not seek in vain!  As Jesus promises in the Sermon on the Mount, “Ask, and you will receive. Search, and you will find. Knock, and the door will be opened to you” (Matt 7:7).

AFTERWORD:  The odd map above, with Jerusalem at the center of the world, is the Bünting Clover Leaf Map (the German title reads Die ganze Welt in einem Kleberblat/Welches ist der Stadt Hannover meines lieben Vaterlandes Wapen; “The entire world in a cloverleaf, which is the coat of arms of my dear Fatherland, the city of Hanover”).  It was drawn by the German pastor, theologian, and cartographer Heinrich Bünting, and published in his book Itinerarium Sacrae Scripturae (“Travel through Holy Scripture”) in 1581.  See if you can find America on this map!