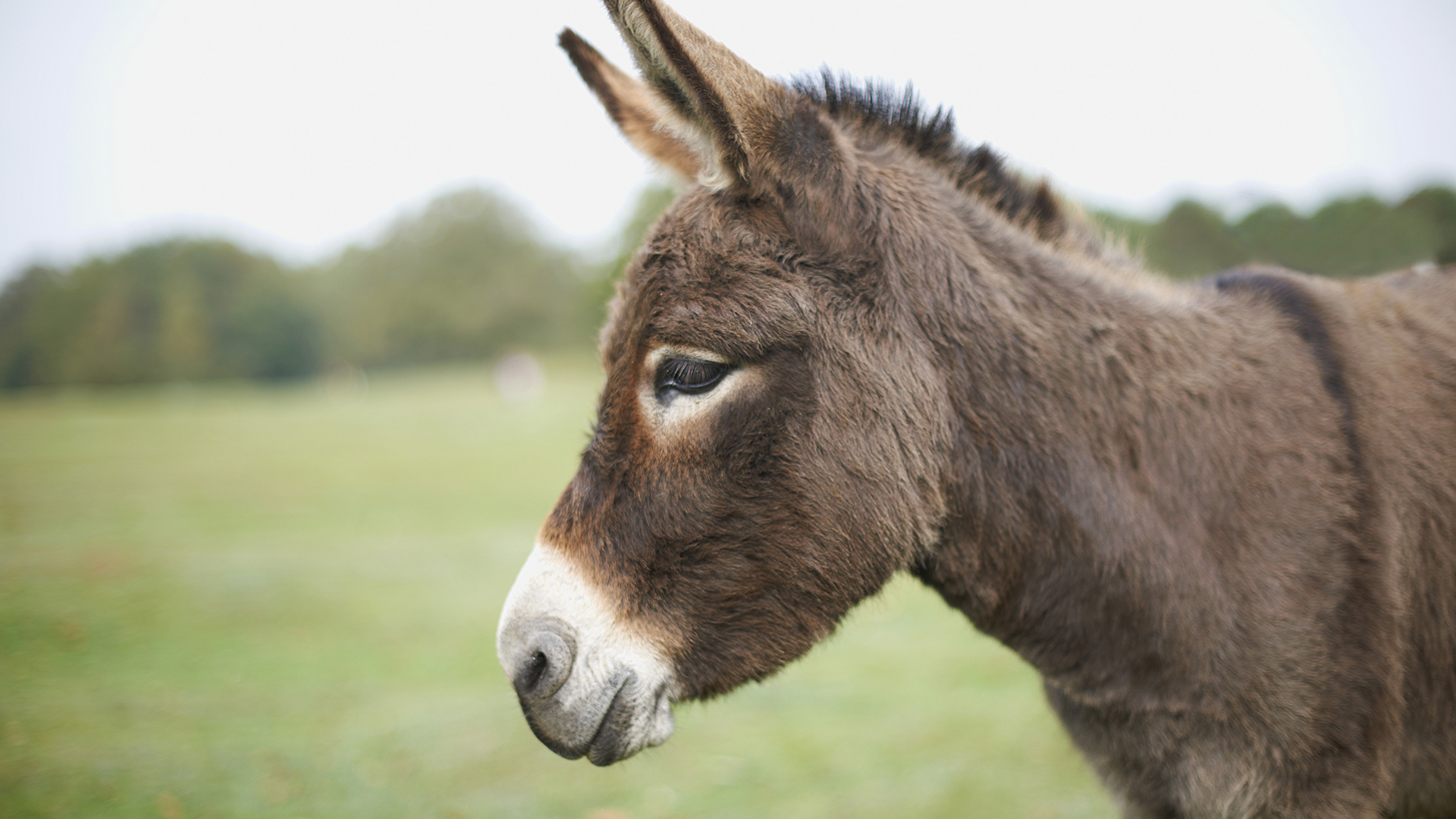 I am a lectionary preacher–a practice I commend as a way to break out of the hamster wheel of our favorite, comfortable passages and encounter the wideness–and wildness–of the Bible.  But I confess that sometimes, the logic of the lectionary escapes me.  The only reading from Zechariah in the Revised Common Lectionary is 9:9-12.  Apart from it being yet another witness to the comparative paucity of readings from the left-hand side of the Bible in the Revised Common Lectionary, I have two problems with this reading.

My first beef  is its location in the church calendar: as the alternate Old Testament lection for Year A, Proper 9: the Sixth Sunday after Pentecost; the Gospel for that day is Matt 11:16-19, 25-30.  How, I wonder, is this is not one of the readings appointed for Palm Sunday?

Rejoice greatly, Daughter Zion.
Sing aloud, Daughter Jerusalem.
Look, your king will come to you.
He is righteous and victorious.
He is humble and riding on an ass,
on a colt, the offspring of a donkey.

Applying to this passage a wooden literalism, Matthew describes Jesus entering Jerusalem mounted on both an ass and her colt, like a circus act (Matt 21:6-7)!  But this was no mistake on Matthew’s part: the most Jewish of the Evangelists certainly knew how Hebrew poetry works.  Rather, this bizarre image was intended to ram the point home, making absolutely certain that the reader could not miss the connection between the prophecy and its fulfillment. Similarly, in his commentary on this book, the early Christian teacher Theodoret of Cyrus records, “This acquires a clear interpretation in actual events: the king who is prophesied has come.”

The NRSV translation “triumphant and victorious” (9:9) is difficult to understand, although the CEB “righteous and victorious,” is only a little better. The Hebrew reads tsaddiq wenosha’. The first term means “righteous,” perhaps defending “the royal legitimacy of the king” (so Carol and Eric Meyers, Zechariah 9-14; AB 25c [Garden City, NY: Doubleday, 1993], 127), although it may also refer to his morality (the Aramaic Targum on this verse has zaqay, which means “innocent”).

The second word, nosha’, is a passive participle, meaning literally “one who is saved” (reflected also in the Targum). The LXX renders this as sozon, an active participle (“saving”). Following the Greek rather than the Hebrew, both the CEB and the NRSV read nosha’ actively, as “victorious.”  Carol and Eric Meyers, however, stay with the plain sense of the Hebrew: “Yahweh is victorious over the enemies, with the result that the king is ‘saved,’ thereby enabled to assume power” (Meyers and Meyers 1993, 127). In short, Zechariah 9:9-10 presents a transformed notion of kingship, grounded not in dynastic and regal pomp, but in God’s own action.  Remember Zechariah’s words to the governor Zerubbabel, earlier in this book:

This is the LORD’s word to Zerubbabel:
Neither by power, nor by strength,
but by my spirit, says the LORD of heavenly forces (Zech 4:6). 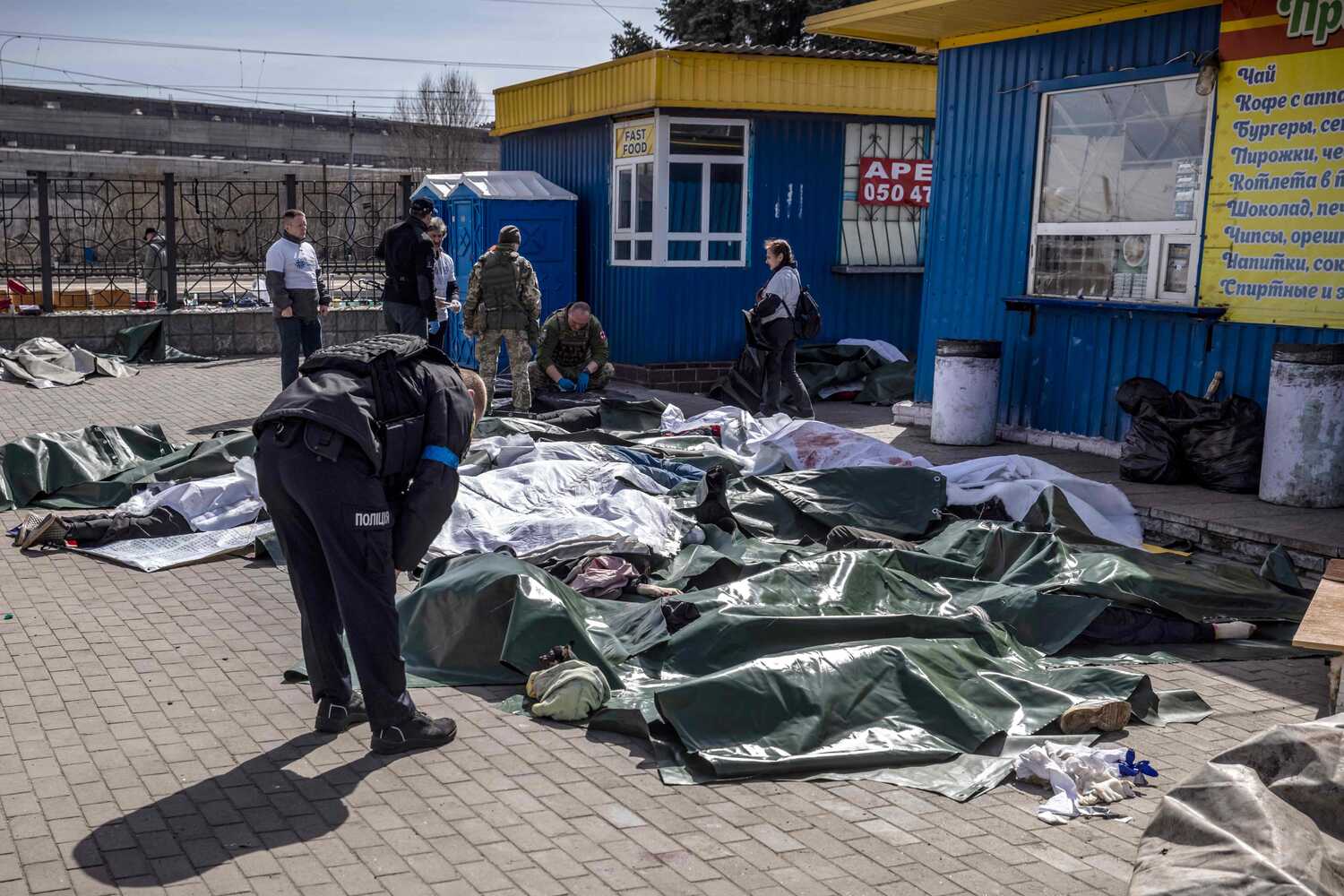 As this unit unfolds, it continues to draw distinctions between this king and other, previous kings. Although the humble mount in 9:9 derives from a long tradition of kingly processions involving the king riding an ass (Meyers and Meyers 1993, 129), this passage surely catches the point of that tradition: by riding an ass rather than a war horse or chariot, the king shows humility, and declares that he comes in peace. Yet this time, the prophet declares, this is more than theater!  This king truly is humble, and not only comes in peace, but comes to bring peace: a promise our war-torn world desperately needs to hear!

He will cut off the chariot from Ephraim
and the warhorse from Jerusalem.
The bow used in battle will be cut off;
he will speak peace to the nations.
His rule will stretch from sea to sea,
and from the river to the ends of the earth (Zech 9:10).

The mention of Ephraim (the largest of the northern tribes, often used to represent the entire northern kingdom of Israel, for example, see Isa 7:2; Jer 7:15; Ezek 37:19; Hos 5:3) shows that this renewed kingdom will include those formerly excluded: the “lost tribes” from the northern kingdom destroyed and dispersed by the Assyrians long before.

This brings me to my second problem with this lectionary reading: it is two verses too long!  Although in its final form, Zechariah 9 is a unit, the differing histories of its parts call for attention.  Zechariah 9:9-10 belongs with the first eight verses of the chapter–a series of oracles against the nations of Syria-Palestine, culminating in the arrival of God’s appointed king.   Zechariah 9:11 and 12  belong with 9:11-17. In sharp contrast to the peaceful vision of Zech 9:9-10, but in continuity with older visions of divine kingship (see Nah 1:2-11; Hab 3:1-19; Zeph 1:2-18), these verses describe the LORD as a blood-soaked warrior. The exiles are gathered, not so that God can guard them in peace (Zech 9:8), but so that God can muster them as an army. The expression “the blood of the covenant” appears only in Zechariah 9:11 and Exodus 24:8, where Moses sprinkles the people with the blood of their offering at Sinai, sealing their promise to obey God’s torah. Here as there, God has delivered Israel from bondage and oppression, but will now lead them into times of trial and conflict.  Including Zech 9:11-12 in our reading will likely prompt us to misread, or even ignore, the peaceful message of Zech 9:9-10–which would be a tragic shame.

It is little wonder that Zechariah 9:9-10 so captured the imagination of the Gospel writers. While the first Christians confessed Jesus as Christ (Greek christos, the term used in the LXX for Hebrew meshiakh, “Messiah”), it is clear that their understanding–and Jesus own understanding–of what being “Messiah” means transformed this title. 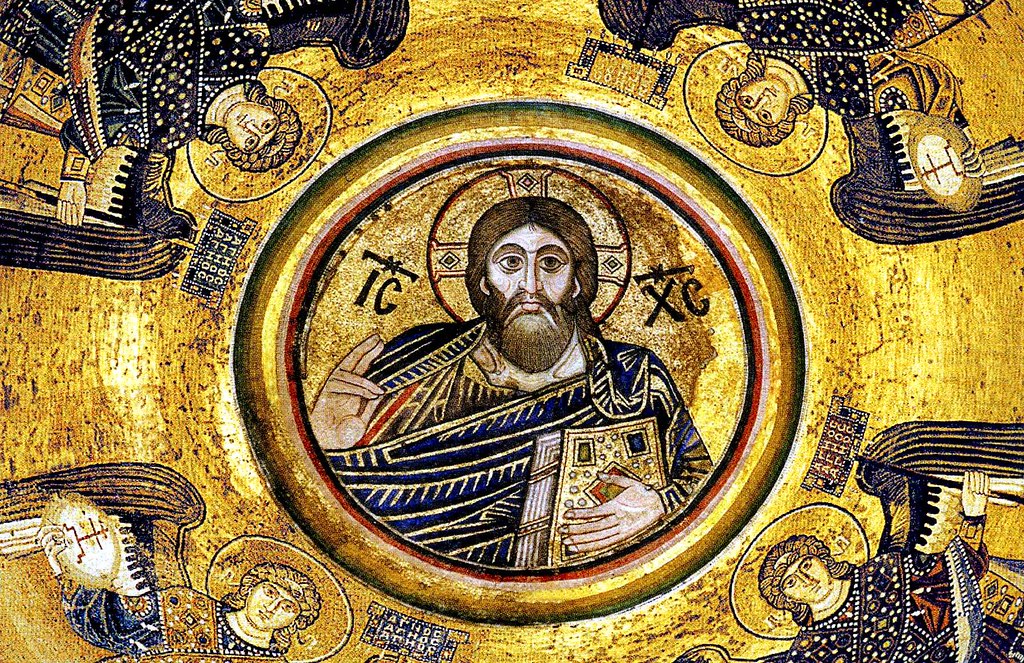 Mark 1:1 identifies Jesus not only as Christos, or Messiah, but also as “the Son of God.” While related to the idea of the king as God’s adopted son (Psalm 2:5-9; 45:6-7), this confession goes much further than any Jewish conception of Messiah: Jesus the Messiah is God! This confession creates new problems, raising the need for the church to affirm that “Christ has come in the flesh” (1 John 4:2; John 1:14).

But while on the one hand Christian confessions about Jesus exalt the role of Messiah far beyond traditional Jewish expectations, on the other hand these ideas subvert the idea of Messiah as king. In debate with the Pharisees, who believed in a literal future Messiah, Jesus asks. “‘What do you think about the Christ? Whose son is he?” ‘David’s son,’ they replied.” (Matt 22:42). In response, Jesus quotes Psalm 110:1

The Lord says to my lord,
“Sit at my right hand
until I make your enemies your footstool” (NRSV)

Assuming the speaker to be David, Jesus asks, “If David calls him [that is, the Messiah] Lord, how can he be David’s son?” (Matt 22:45). Although Matthew’s genealogy takes pains to demonstrate Jesus’ descent from David (Matt 1:6, 17), Christ is more than David’s son!

Particularly subversive of traditional Messianic expectation is the Christian view that the Christ must suffer. Thus, in Mark, Peter’s confession at Caesarea Philippi that Jesus is Christos is inadequate: faced with Jesus’ determination to suffer and die, Peter rebukes him, and is in turn himself rebuked by Jesus (Mark 8:29-33). Indeed, in Mark, the first human to make a full confession about Jesus is his executioner, who declares when Jesus dies, “This man was certainly God’s son” (Mark 15:39).

The mosaic icon of Christ Pantocrator (Christ as king of all) above comes from the central dome of  the Cathedral of St. Sophia in Kyiv, Ukraine.  The scene of wartime violence is also from Ukraine, following the Russian missile strike on refugees at the Kramatorsk train station.  The continuing senseless violence perpetrated by Mr. Putin in Ukraine is a reminder of how much we need the peace-bringing Messiah of Zechariah 9:9-10.

If you would like to support the people of Ukraine, I recommend that you consider giving through the United Methodist Committee on Relief (UMCOR).  Since administrative costs are covered through the church by other means, 100% of money you donate will go to Ukrainians.  UMCOR is communicating with partners in the region to coordinate a humanitarian response. You can support UMCOR’s international disaster response efforts by making a gift to Advance #982450. Global Ministries’ Advance #14053A supports Methodist pastors in Ukraine and Moldova.

One thought on “Riding On a Donkey”