This Sunday, the first after Pentecost, is Trinity Sunday–which, sadly, is unlikely to prompt tremendous enthusiasm either on the part of preachers, reluctant to preach on this difficult concept, or their congregations, who have to listen to those sermons!  Psychoanalytical pioneer and scholar of religion Carl Jung remembered taking confirmation classes from his father, a Lutheran minister.

It was all very boring–but young Carl had read ahead in his catechism, and knew that coming up was something strange, mysterious, and wonderful–the Trinity!  When the day assigned to study the Trinity arrived at last, however, Jung’s father said, “This is very complicated, and I really don’t understand it myself, so we’ll skip over it.”  For Jung, this marked a major turning point, in his strained relationship with his father, and in his decision that he could not accept what he saw as his father’s pallid, shallow faith.

The Trinity is foundational for Christians in the most basic sense: we are baptized in name of the Father, Son, and Holy Spirit (Matt 28:18-20).  So we really can’t “skip over” this; we need to talk about it!  However, the Trinity is not a logic puzzle for us to solve.  Theologian George Lindbeck has argued that Trinitarian theology grows out of the struggle of early Christians to speak plainly about their experience of God. Early on, the first Christians needed to affirm, on the one hand, the continuity of their faith with the faith of ancient Israel: the God they loved and worshipped was Abraham’s God.  But at the same time, they needed to speak of Jesus in the most exalted language possible, as they had come to know God, intimately and personally, through him: hence, the New Testament’s language of the Father and the Son.  We come to the language of Trinity because the shape of our experience of God drives us to it.  As my friend and colleague from graduate school Ray Jones used to say about the Trinity, “I don’t believe this stuff because I want to.  I believe it because it’s true!”

While it would be generations before Christians refined their theology into the Trinitarian formulas in the classical creeds of the church, we can already hear the seeds of this idea in the pages of our New Testament.  For example, in John 16:14-15, Jesus speaks of the Spirit who “will take what is mine and proclaim it to you” (16:14), yet also says “Everything that the Father has is mine” (16:15).  Jesus, the Spirit, and the Father are distinct, yet intimately related.  The doctrine of the Trinity emerges out of our struggle to talk meaningfully about who God is.  1 John 4:8 affirms, “God is love.”  The greatest power in the universe is self-giving, sacrificial love!  God in Godself is Lover, and Beloved, and the Love that binds them.  God in Godself is relationship, and community!

The early Christians were not the first to realize this.  The sages of ancient Israel looked for a way of talking about God as, on the one hand, separate from the world and its objects, and on the other intimately involved and engaged with the world.  They described divine Wisdom itself as a person: a woman, as the Hebrew word for Wisdom (hokmah) is feminine. 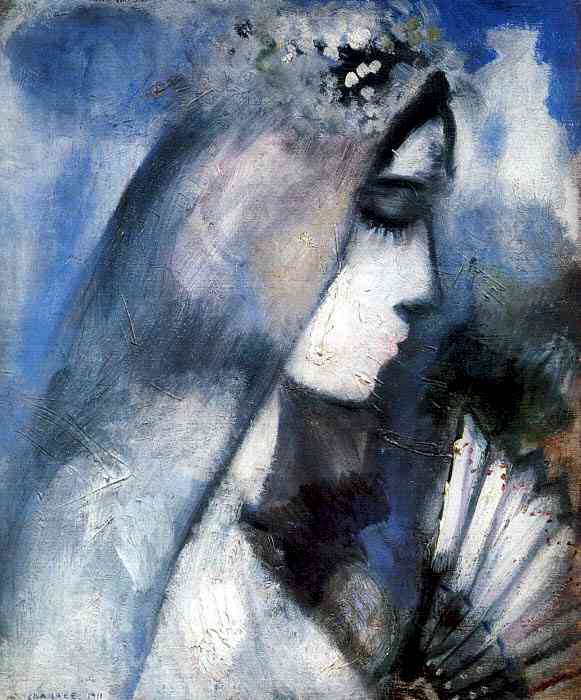 Lady Wisdom  says, “The Lord created me at the beginning of his way, before his deeds long in the past” (Proverbs 8:22).  Through Wisdom, God creates a world reflecting God’s own character and identity: a community, a web of interrelationships, every part working together and responding to every other part, on every level.  Christian readers will be reminded of John 1:1-3:

Here, Christ is the Word of God, through whom the world was made (compare Genesis 1).  It is a way of talking about Christ (that is, a Christology) drawn from Proverbs 8!

I was beside him as a master of crafts.
I was having fun,
smiling before him all the time,
frolicking with his inhabited earth
and delighting in the human race (Proverbs 8:30-31).

The Wisdom teachers of Proverbs are clear on the role of humanity in such a world, made in such a way by such a God: we are beloved!  God delights in us.  This is a very exalted view of humanity—the sages have no time for any “I’m only human” nonsense.  Being human is our glory, and our joy.

How are we to live with such a God, in such a world?  The role of the church is to build a community in the human family reflecting God’s own identity, and God’s will manifest in creation.  It is a daunting task.  But we are not on our own!  Remember the promise of God’s Spirit in John 16:14-15, to communicate to us all that Jesus has and is, which is in turn all that the Father has and is.

As strange, complicated, and paradoxical as the Trinity is, we believe it because it’s true to our experience of God in Christ, true to the witness of the Spirit in our world, true to our best hopes and dreams and insights into what the world can and should be—and in the deepest and truest sense, already is. 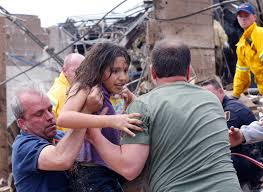 Community, interrelationship, mutual respect and regard are more than good ideas—they are the way the world truly works, reflecting the identity of the Creator.  When we forget this, when we elevate the self above the other, when we exalt taking and having over giving and sharing, life itself breaks down.  But the gospel for this day is that God, who in Wisdom had the first word, also has the last word.  God calls us to share God’s very life in Christ Jesus, and by the gift of God’s Spirit empowers and renews us today live our lives in love.  We can dare to believe this, and to act on this belief, because it is true.

The image of community at work above comes from Oklahoma City, in the wake of the recent devastating tornadoes there.  Please pray for this community.

A great way to help is to give to the United Methodist Committee on Relief: 100% of your gift designated for tornado relief will go to aid for hurting people in this region.

One thought on “Talking Trinity”