This Sunday is the feast of Pentecost, the birthday of the church.  The Old Testament reading for the day, however, is Genesis 11:1-9, the famous story of the tower of Babel, where “the LORD mixed up [Hebrew balal, punning on “Babel”] the language of all the earth; and from there the LORD dispersed them over all the earth” (Gen 11:9).

Doubtless this passage was selected because the Acts account of the descent of the Holy Spirit (Acts 2:1-13) alludes to the story of Babel. There, the Spirit conveys the gift of tongues to the followers of Jesus praying in the upper room, prompting Pentecost pilgrims from across the Roman world to declare,

“Look, aren’t all the people who are speaking Galileans, every one of them?  How then can each of us hear them speaking in our native language? Parthians, Medes, and Elamites; as well as residents of Mesopotamia, Judea, and Cappadocia, Pontus and Asia, Phrygia and Pamphylia, Egypt and the regions of Libya bordering Cyrene; and visitors from Rome (both Jews and converts to Judaism), Cretans and Arabs—we hear them declaring the mighty works of God in our own languages!” (Acts 2:7-11).

With the coming of the Holy Spirit, the curse of Babel is undone.

This is not the first time that Scripture recalls the Babel story, however.  Zephaniah 3:9-13 deals with the restoration of Judah after the Babylonian exile. But this promise of restoration begins with the nations, not with Judah!

Then I will change the speech of the peoples into pure speech,
that all of them will call on the name of the LORD
and will serve him as one (Zeph 3:9).

The Hebrew is ki-‘az ‘ekhpok ‘el-‘amim saphah berurtah (“then I will change to the peoples a pure speech”[?]), which clearly assumes that something unspecified will be changed; the CEB “I will change the speech of the peoples to a pure speech” seems to make best sense. Again, the allusion is to the Babel story–indeed, in the three-year cycle of Scripture readings once used in the synagogue, Zephaniah 3:9-17, 20 was read together with Genesis 11:1 (Ehud ben Zvi, A Historical-Critical Study of the Book of Zephaniah, BZAW 198 [Berlin: de Gruyter, 1991], 24-25).  While in Zephaniah, the nations are given “a pure speech” (saphah berurtah), in Genesis God confuses their speech (again, saphah; see Gen 11:7), so that humanity, which had been united by “one language and the same words” (Gen 11:1), became scattered. Zephaniah envisions the undoing of Babel’s curse, to the end

that all of them will call on the name of the Lord
and will serve him as one (Zeph 3:9).

This promise, that the scattered and separate nations will one day be reunited in the worship and service of the LORD, calls to mind the Zion song in Isaiah 2:1-4:

In the days to come
the mountain of the LORD’s house
will be the highest of the mountains.
It will be lifted above the hills;
peoples will stream to it.
Many nations will go and say,
“Come, let’s go up to theLORD’s mountain,
to the house of Jacob’s God
so that he may teach us his ways
and we may walk in God’s paths.”
Instruction will come from Zion;
the LORD’s word from Jerusalem.
God will judge between the nations,
and settle disputes of mighty nations.
Then they will beat their swords into iron plows
and their spears into pruning tools.
Nation will not take up sword against nation;
they will no longer learn how to make war.

In Zephaniah, reversing the curse of Babel in turn reverses the curse of exile–an idea expressed, appropriately, through word play!  Just as, through the confusion (Hebrew balal; Gen 11:7) of their speech the nations had been scattered (Hebrew puts; Gen 11:8), so through the purification (Hebrew barar; Zeph 3:9) of the nations’ speech God returns the exiles—those God calls “my dispersed ones” (Hebrew bath-putsay; Zeph 3:10).

Just as God has purified the speech of the nations, reuniting them in order to deliver God’s people from exile, so also God purifies the people Israel. The restored nation will no longer be haughty, but “humble and powerless” (Zeph 3:12; Hebrew ‘oni wadal).  This small and humbled remnant of Israel, the prophet says

Thus, Israel’s speech will be purified, just like the speech of the nations! As the flock of the LORD,
They will graze and lie down;
no one will make them afraid (Zeph 3:13).

This image of the LORD as the good shepherd calls to mind John 10:1-18, as well as Psalm 23.  But the rest conveyed by this peaceful, bucolic image is only possible after the nations have been reunited, by being gifted with “a pure speech.”  Just as at Pentecost, the Spirit sends that first church into the streets to declare God’s praise in the languages of all the nations–undoing Babel–so in Zephaniah Israel’s peace is gained, not through the conquest or destruction of the nations, but through their healing. 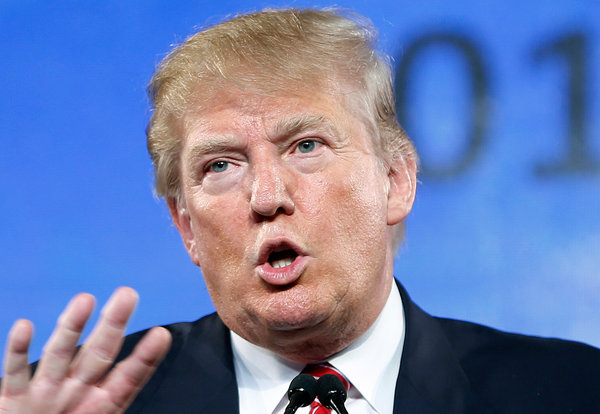 This election season, Mr. Trump in particular has appealed to our fear and suspicion of the other.  As Thomas B. Edsall observes,

He claims that as president he will impose harsh tariffs on imports from China, suspend Muslim immigration, deport 11 million immigrants and build an $8 billion wall that Mexico will pay for.

Sadly, ethnocentrism–the belief that people like me are better than other people–is alive and well in modern America.  Political scientists Marc Hetherington and Drew Engelhardt (from Vanderbilt University) asked whites about how favorable to unfavorable they found blacks, Hispanics, Muslims, gays and lesbians, and transgender people, as compared to themselves.  Overall, 23% of all white respondents rated these groups favorably, while 57% rated them unfavorably.  Broken down by political affiliation, 41% of whites identifying as Democrats, 59% of Independents, and 73% of those identifying as Republicans rated people unlike themselves unfavorably.

May Pentecost be a time for our confession of and repentance from the sin of ethnocentrism.  After all, if the prophet is right, our own healing can only come with the healing of the nations.  It is only when Babel is undone that we find the Spirit’s presence in our midst, and can join those first Christians in “declaring the mighty works of God”!

Pittsburgh Theological Seminary has a Pentecost resource kit for pastors and others planning worship or teaching classes in this season of the church year. It includes a Bible Guy blog on Pentecost from 2013, as well as two faculty sermons, a video, and lesson plan.  You can access this resource at www.pts.edu/Pentecost16.