On this winter solstice, as Christmas day draws near, I keep thinking of an ancient Latin Christmas prayer:

I first sang those words in the Parkersburg South High madrigal troupe (thank you, Mr. Daniel B. Thomas!), to a setting by the 16th century Spanish composer Tomás Luis de Victoria (1548–1611).  But as gorgeous as that music is, the version I keep hearing in my head today is the haunting, heart-breakingly lovely setting by 20th century American composer Morten Johannes Lauridsen.

The English translation of the Latin at Wikipedia reads,

O great mystery,
and wonderful sacrament,
that animals should see the new-born Lord,
lying in a manger!
Blessed is the Virgin whose womb
was worthy to bear
Christ the Lord.
Alleluia!

Whether because my attention was drawn to the music rather than the words, or because I let the beautiful Latin phrases wash over me without worrying about what they meant, I am ashamed to confess that I only recently realized that this hymn is based on Luke’s account of Jesus’ humble birth:

And she brought forth her firstborn son, and wrapped him in swaddling clothes, and laid him in a manger; because there was no room for them in the inn (Luke 2:7, KJV).

This prayer expresses the awe and wonder of God come down to us in human flesh and form–not a disguise or a pretense, but an unimaginable condescension.  The Eternal becomes temporal.  The omnipresent becomes localized–and in the tiniest, most humble of locations!  As John puts it,

The Word became flesh
and made his home among us (John 1:14). 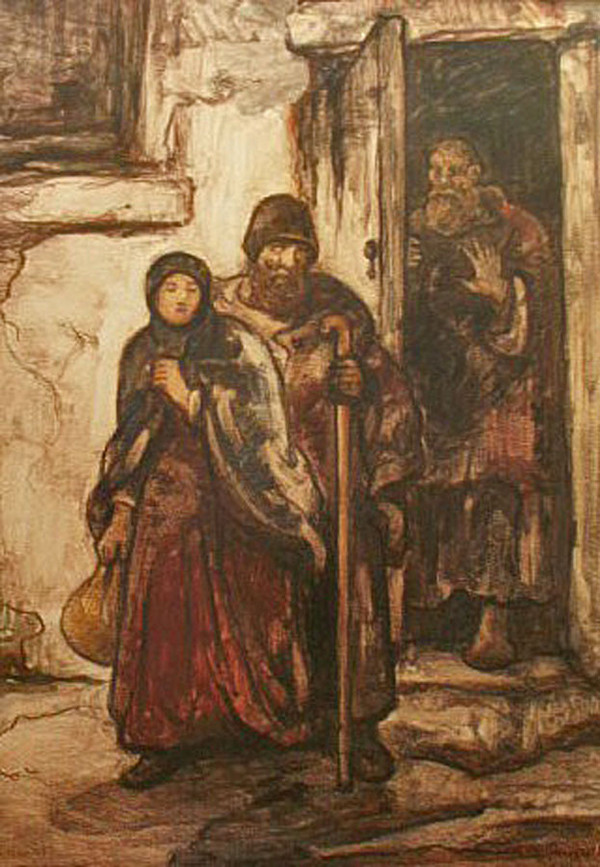 This astonishing, impossible miracle, Luke says, was met by rejection–unable to find a roof over their heads in a strange town, Mary and Joseph had to seek refuge where they could find it.  Jesus was born in a barn–his first cradle a feed trough, the only witnesses to his marvelous birth the animals that shared their space with this young, poor family.

On Christmas day, God comes to be with us, tangibly and physically and temporally and actually with us.  And by coming in this place, in this manner, God calls us too to a ministry of presence, among the least and the lost and the lonely.  No wonder our hymn calls Christmas a sacrament.

Merry Christmas, one and all!  I am reposting this lightly edited Christmas blog from 2014, when our choir at St. Paul’s UMC sang the Lauridsen setting (thank you, Tom Taylor!)  To it, I would like to add this delightful poem for the day.  May the joy of this day fill your lives, and change your world.

“Sharon’s Christmas Prayer”
She was five,
sure of the facts,
and recited them
with slow solemnity
convinced every word
was revelation.
She said
they were so poor
they had only peanut butter and jelly
sandwiches to eat
and they went a long way from home
without getting lost. The lady rode
a donkey, the man walked, and the baby
was inside the lady.
They had to stay in a stable
with an ox and an ass (hee-hee)
but the Three Rich Men found them
because a star lited the roof
Shepherds came and you could
pet the sheep but not feed them.
Then the baby was borned.
And do you know who he was?
Her quarter eyes inflated
to silver dollars.
The baby was God.
And she jumped in the air
whirled round, dove into the sofa
and buried her head under the cushion
which is the only proper response
to the Good News of the Incarnation.
—John Shea, The Hour of the Unexpected (1977).