Jesus, it is often claimed, said nothing about homosexuality.  This is true so far as it goes. However, Jesus does say very important things about human sexuality, and particularly about marriage:

Haven’t you read that at the beginning the creator made them male and female? [see Gen 1:27]  And God said, ‘Because of this a man should leave his father and mother and be joined together with his wife, and the two will be one flesh.’ [see Gen 2:24]   So they are no longer two but one flesh. Therefore, humans must not pull apart what God has put together (Matt 19:4-6). 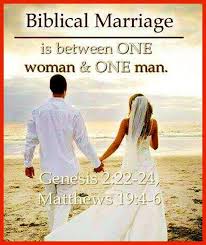 Sometimes, this passage is understood as a rejection of LGBTQ attraction, and certainly of homosexual marriage.  Doesn’t Jesus explicitly say here that marriage is between a man and a woman?

Jesus’ words in context, however, are not restrictive and prohibitive (only this), but permissive and affirmative (yes to this).  In Matthew 19, the Pharisees want to talk in negative terms, about divorce and the circumstances in which divorce is allowed. But Jesus wants to talk positively, about mutual commitment and marriage!  He vigorously affirms the goodness of marriage between women and men.  But that affirmation does not imply a prohibition: it is Jesus’ stated intent here to bolster marriage, not to define it by restriction to “one man and one woman.”  After all, Jesus does not make this statement in response to a question about homosexuality, or polygamy, or sexual practice generally, but specifically in response to a question about divorce.

Next week, we will consider whether, as some have argued, Jesus’ reference to the creation accounts in Genesis 1—2 may imply an argument against homosexuality based upon the proper order of creation.  But this week, we will consider the way that the debate concerning divorce unfolded in Scripture and in Jewish tradition, and what Jesus’ response to this debate tells us about Jesus’ approach to Scripture and tradition.

In the Hebrew Bible, divorce is accepted, with no shame implied to the woman who is divorced (in that patriarchal culture, nothing is ever said of wives divorcing their husbands).  The divorced daughter of a priest can return to her father’s house and eat from the offerings restricted to the priests and their families (Lev 22:13), and oaths sworn by divorced women have legal standing (Num 30:9). True, according to Leviticus 21:7, 13-14, no priest may marry a divorced woman. But this restriction on priestly marriages clearly implies that other Israelite men could marry divorced women.  The law concerning divorce (Deuteronomy 24:1-4) assumes this, though it places a restriction on remarriage:

The prophets use this law metaphorically to condemn Israel for worshipping other gods, then thinking that they can return to the LORD as though nothing had happened (see Isa 50:1; Jer 3:1, 8). 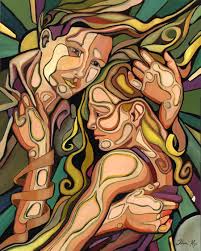 The Old Testament takes marriage very seriously: after all, according to Gen 2:24, man and woman were created for one another, and are drawn to become “one flesh.”  Malachi 2:15-16 reads:

Don’t cheat on the wife of your youth
because he hates divorce,
says the Lord God of Israel

From the context, this may be meant symbolically, as a rejection of idol worship (like Isa 50:1 and Jer 3:1, 8).  But this passage is often understood as urging faithfulness in actual marriages.

We can imagine that divorce was intended to be rare.  But no statement of the acceptable grounds for divorce is ever given in the Old Testament. Deuteronomy 24:1 only says that a man can divorce his wife (again, no provision is made for a woman divorcing her husband!) if he finds “something inappropriate about her.”  The Hebrew word translated “something inappropriate” is ‘erwah: literally “nakedness;” or “something shameful.”  But what does that mean?  Since the Hebrew Bible doesn’t clearly specify the conditions under which divorce is permissible, the rabbis debated the issue intensely.

Do you have a wife who is a soul mate?
Don’t divorce her,
and don’t trust yourself to a woman
whom you hate (Sir 7:26).

Ben Sirach believed that a good marriage was cause for celebration and lifelong commitment. But he infers that divorce could be pursued for incompatibility.

Two Jewish teachers who lived roughly at the time as Jesus, Hillel and Shammai, were famous for their disputations.  Rabbi Shammai held that divorce could be permitted only in cases of adultery—where the commitment had already been broken by unfaithfulness.  But Rabbi Hillel taught, “If she burns the meat in the pan, you may divorce her”! Presumably, as a human contract, marriage could be dissolved for any reason, not just in cases of unfaithfulness.

In contrast to these views, Jesus’ teaching rejects divorce and remarriage altogether: “Any man who divorces his wife and marries another commits adultery, and a man who marries a woman divorced from her husband commits adultery” (Luke 16:18; compare Matt 5:31-32).  As we saw above, in Mark 10:1-12//Matthew 19:3-9, this teaching is placed in a context: Jesus is approached by the Pharisees, and asked to weigh in on the ongoing rabbinic debate concerning divorce. But as we have seen, Jesus doesn’t want to talk about divorce—he wants to talk about marriage! 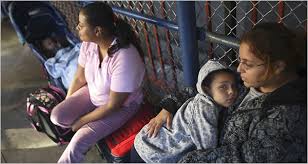 To understand Jesus’ teaching, we should note that in Palestine in Jesus’ day, women could not independently own property.  Divorce meant that the woman would be dependent upon her family or community to support her, and could therefore be made homeless and destitute by her husband’s rejection.

The Law regarding divorce, in Jesus’ view, reflects not God’s good will, but rather a concession to human failing.  “Moses allowed you to divorce your wives,” Jesus says, “because your hearts are unyielding. But it wasn’t that way from the beginning” (Matt 19:8).  Jesus sets the Law aside and rejects divorce in order to protect women from being set aside at their husbands’ whims.  He bases this action on Gen 2:24—God’s original intention for women and men expressed in Genesis is a higher principle than Deuteronomy’s permission for men and women to separate.  In fact, Jesus’ opposition to remarriage suggests that he understood marriage to be permanent.

Notice, though, that already within the New Testament, this teaching was being rethought.  In Matthew (19:9 and 5:31-32), divorce is permitted in cases of adultery, just as Shammai had argued– though remarriage is rejected.   In the gospel of Mark, which may have been written in Rome, the saying reads, “Whoever divorces his wife and marries another commits adultery against her;   and if a wife divorces her husband and marries another, she commits adultery” (Mark 10:11-12). This differs from the Old Testament and traditional Jewish position, and places Jesus’ teaching in the context of Roman law, which permitted a woman to initiate a divorce. Likewise Paul (see 1 Cor 7:10-16), who cites Jesus’ teaching on divorce (one of the few places where the words of Jesus are cited in Paul’s letters), recognizes that in the Roman world a wife could divorce her husband.

Paul forbade divorce because he was convinced that the world would end soon, making any attempt to change one’s present status a waste of time:

Clearly Paul was wrong: the world did not end in the first century.  Can we, then, take Paul’s teaching on divorce and remarriage out of that context, and treat it as directly applicable to our time and situation?  I do not believe that we can, or should, do so.

The varying forms and contexts in which Jesus’ teaching on divorce and remarriage is found across the New Testament indicate that the debate about how to apply that teaching continued in the earliest church. Indeed, Matthew 19:10-12 implies that the high standard Jesus sets for marriage is meant as an ideal, not as a law: “Not everybody can accept this teaching, but only those who have received the ability to accept it. . . . Those who can accept it should accept it.”

For Jesus, marriage deserves our highest respect and regard.  Is that affirmation of marriage a condemnation of same-sex relationships?  I see no reason to think so.  Jesus’ point is a call for the partners in marriage to be radically committed to one another, which may prove a model for same-sex marriages as well as for heterosexual marriages.

Jesus opposed divorce, likely because he did not want women to be abused by easy divorces that left them, in his day, facing poverty and starvation.  Is it then the case that all divorced and remarried people today are living in sin?  Few of us would want to say this.  Nor, I would argue, should we. Despite the Law (Deut 24:1), as we have seen, Jesus stands up for women in his day by condemning divorce and re-marriage.  Clearly Jesus did not read his own traditions, even the Torah, uncritically and legalistically.  Why, then, should we think that Jesus would expect us to read Scripture in a way that he did not? 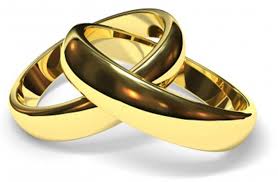 Given the radical commitment to one another that Christian marriage involves, neither marriage nor divorce should ever be casual decisions! But perhaps in our day, respect for the rights and happiness of all people requires a different approach to marriage, remarriage, and divorce, faithful to the living spirit rather than the rigid letter of Jesus’ words.

3 thoughts on “What the Bible Says About Homosexuality: Jesus in the Gospels”