On Sunday, it will be my honor to participate in the memorial service for Dr. Loretto R. Auvil, mother of my old and dear friend Walt, and a leading citizen and philanthropist in Parkersburg, WV where I was raised–may light perpetual shine upon her.  As is traditional in services of death and resurrection, we will share together the ancient, powerful, comforting words of the Twenty-Third Psalm.

One reason we find this passage so comforting is that it is so familiar.  Typically, I find that as soon as I start this Psalm, others join in–many people, even folk who have long been estranged from the church, have this psalm by heart.  Like John 3:16 or 1 Corinthians 13, Psalm 23 has become woven into our culture.  Surely, such a familiar passage must be throughly understood–how could it possibly hold any surprises? 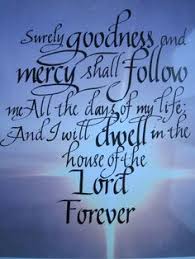 My Hebrew class was reading Psalm 23, identifying words and parsing verbs as we went, when we came upon weshabti in the middle of verse 6.  My students were puzzled by this word–and to my astonishment and chagrin, so was I!  I had always read right over it, but when I looked again at the verse, and at this word, I found that it did not say what I had always assumed that it said.  Usually, weshabti is read as though it were a form of yashab (“dwell”)–so, “I shall dwell.”  That is what the Aramaic  Targum of this psalm has, what the Greek translators of the Septuagint assumed (for more on these ancient versions of Scripture, see my blog “Which Bible?”), and the way that pretty much every English translation of the psalm of which I am aware reads.

But, if weshabti comes from yashab, it is a very irregular form of that verb!  What it actually looks like is a form of the verb shub (“return”), in which case the verse should read, “I will return to the LORD’s house”–as the footnotes on this verse in the English Standard Version and the Common English Bible alike observe.  The point of the verse would then be the psalmist’s promise to keep coming back to God’s temple as long as he lives–to return on pilgrimage, as often as possible.  Psalm 23:6 may not be so much about rest at life’s end as it is about a lifelong commitment to worship the LORD.

The Bible does this to me all the time.  Again and again, a “familiar” text that I had thought that I had pegged will suddenly leap off the page, grab me by the collar, and show me something I have never see before.  The writer of Hebrews puts it very well:

God’s word is living, active, and sharper than any two-edged sword. It penetrates to the point that it separates the soul from the spirit and the joints from the marrow. It’s able to judge the heart’s thoughts and intentions (Heb 4:12). 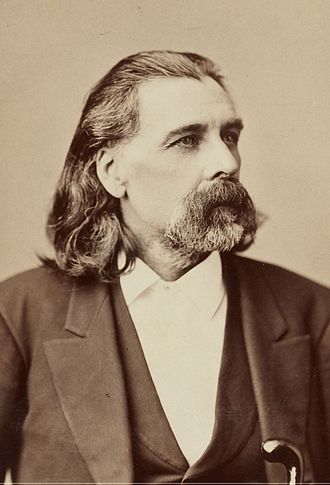 One of my favorite sayings comes from nineteenth- century American humorist Josh Billings (the stage name of Henry Wheeler Shaw): “It ain’t ignorance causes so much trouble; it’s folks knowing so much that ain’t so.”  This is especially true of Scripture.  Because the Bible is so familiar, so deeply ingrained in Western culture, and so often cited as an authority, we sometimes assume that we know what it says, when in fact we may not.

Even those of us who have long loved and studied Scripture continually find that the Spirit has something new to show us.  The first step in reading the Bible, then, is actually to read the Bible, in big chunks–not assuming that we already know what it says, but to look again, humbly seeking to discern Scripture’s intent. 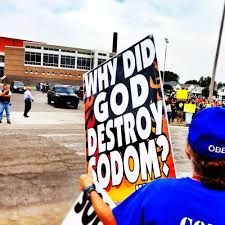 One thing we may think that we know about the Bible is that the fiery destruction of Sodom and Gomorrah in Genesis 19:1-28 proves God’s anger over the sin of homosexuality.  This may seem obvious:  after all, the men of the city crowd around Lot’s house, demanding “Where are the men who arrived tonight? Bring them out to us so that we may have sex with them” (Gen 19:5).  Indeed, this is where the word “sodomy” comes from.

But, look again.  The Bible itself does not refer to Sodom in this way.   When “Sodom” is mentioned in the Bible (in Old and New Testaments combined, in 48 verses), it is often used metaphorically, as an example of total destruction brought by divine wrath (for example, Deut 29:23; Matt 11:24//Lk 10:12), with nothing said about the reason for Sodom’s destruction.  Even in the account of Sodom and Gomorrah’s destruction in Genesis 18:16–19:28, the reason given for the LORD’s judgment on the cities is not sexual sin:

The Hebrew word rendered “cries of injustice” in the CEB is za’aqah (sometimes spelled tsa’aqah)– typically used for the cry of the oppressed for help (for example, Exod 22:21-24). Indeed, the gang rape attempted by the men of Sodom does not represent anyone’s idea of consensual intimacy!   This passage is about power and control through rape: the sexual humiliation of the stranger.

This is the sin of your sister Sodom: She and her daughters were proud, had plenty to eat, and enjoyed peace and prosperity; but she didn’t help the poor and the needy.  They became haughty and did detestable things in front of me, and I turned away from them as soon as I saw it.

Since the word rendered “detestable thing” here (Hebrew to’ebah) in used in Leviticus 18:22 and 20:13  for male homosexuality (for more on those passages, see my earlier blog; we will discuss these verses and others next time), some have proposed that that is its meaning in Ezek 16:50 as well.  However, in Ezekiel, where the term to’ebah appears 43 times, it nearly always refers to idolatry (for example, Ezek 6:9; for the concern for idolatry in Ezek 16, see 16:16-21).  For Ezekiel, injustice to the poor and false worship together led to Sodom’s destruction.

The exception that proves the rule–the only passage in Scripture that relates the sin of Sodom to a sexual act–is Jude 6-7:

I remind you too of the angels who didn’t keep their position of authority but deserted their own home. The Lord has kept them in eternal chains in the underworld until the judgment of the great day.  In the same way, Sodom and Gomorrah and neighboring towns practiced immoral sexual relations and pursued other sexual urges. By undergoing the punishment of eternal fire, they serve as a warning.

Jude’s reference to “the angels who didn’t keep their position of authority but deserted their own home,” imprisoned “in eternal chains in the underworld,” alludes to a third-century BC Jewish apocalypse, “The Book of the Watchers,” preserved in 1 Enoch.  The Watchers were angels, charged with caring for humanity, who instead gave humans forbidden knowledge, and had sex with human women.  Out of these unions the Nephilim (Hebrew for “fallen ones”) were born: giants, monsters, and heroes of ancient times (see Gen 6:1-4).  For their crimes, the Watchers were imprisoned until the final judgment (1 Enoch 10:4-14).

Jude says that Sodom and Gomorrah were destroyed for acting “in the same way” as those angels–that is, for doing what the Watchers did.  The CEB translates the Greek opiso sarkos heteras as “other sexual urges” (the NIV has “perversion”), but a more literal rendering would be “going after other [or “strange”] flesh” (see the KJV). The explicit comparison with the story of the Watchers makes plain what is meant by this odd expression.  The men of Sodom lusted after angels, just as the angelic Watchers lusted after human women (for Jude’s concern about showing spiritual beings proper respect, see Jude 8-10).

I invite you to chase these passages yourself, and do your own study of them.  But I honestly see no relevance of the Sodom texts to our contemporary conversation about LGBTQ women and men.

I suppose every one of us would like to be an astonishing preacher–unlikely though that seems on a week-to-week basis.  But the plain fact is that no preacher can ever be astonishing (in a positive sense!) unless she has first been astonished.  And the only regular and fully reliable source of astonishment for the Christian preacher is the Scripture itself (Wondrous Depth: Preaching the Old Testament [Louisville: Westminster John Knox, 2005], 2).

This is true, sisters and brothers, not just for preachers, but for all of us! God give us open ears, open hearts, and wide open eyes, so that we will not settle for what we already “know” that the Bible says, but will be willing, always, to look again–and to wait, confidently and eagerly, for God’s living Word to astonish us!

One thought on “How to Read the Bible, Part Two: Look Again!”