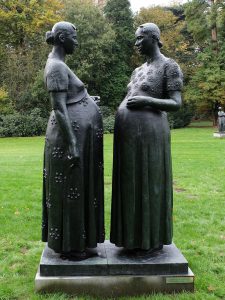 In the U.S., today is Memorial Day: a day for remembering and honoring the deaths of soldiers, sailors, and pilots who fought for freedom. It is good, and right, that we do so.  But today is also the Visitation of Mary to Elizabeth: a celebration of God’s gift of new life, and a prayer for the day when “The bows of mighty warriors are shattered, but those who were stumbling now dress themselves in power!” (1 Sam 2:4).

This line from the Song of Hannah (1 Sam 2:1-10) is reminiscent of the Song of Mary in Luke, often called the Magnificat after its opening word in Latin (Luke 1:46-55):

He has shown strength with his arm.
He has scattered those with arrogant thoughts and proud inclinations.
He has pulled the powerful down from their thrones
and lifted up the lowly (Lk 1:51-51).

The Magnificat (the Presbyterian hymnal has a lovely and vigorous setting of this passage!) draws freely in style and imagery on the Song of Hannah.  This is typical of the way that Luke uses Scripture.  Unlike Matthew, who quotes and cites biblical passages (for example, Matt 2:17-18), Luke alludes to texts, writing in the style of the Greek translation of Jewish Scripture, the Septuagint.  According to New Testament scholar I. Howard Marshall, Luke’s “use of a [Septuagint] style must raise the question whether he thought of himself as writing a work of the same kind and thus continuing the ‘salvation history’ which he found in it” (I. Howard Marshall, “An Assessment of Recent Developments,” in It Is Written: Scripture Citing Scripture [ed. D. A. Carson and H. G. M. Williamson; Cambridge: Cambridge University, 1988], 9).

The degree to which Luke values Scripture is shown, not only in his Septuagintal style, but also in the content of his gospel.  In the parable of the rich man and Lazarus, found only in Luke, the rich man’s plea that Lazarus be sent back from the dead to warn his brothers is answered by Abraham, “They have Moses and the Prophets. They must listen to them” (Luke 16:29).  When the rich man says that if someone came back from the dead, his brothers would be sure to listen, Abraham says, “If they don’t listen to Moses and the Prophets, then neither will they be persuaded if someone rises from the dead” (Luke 16:31). 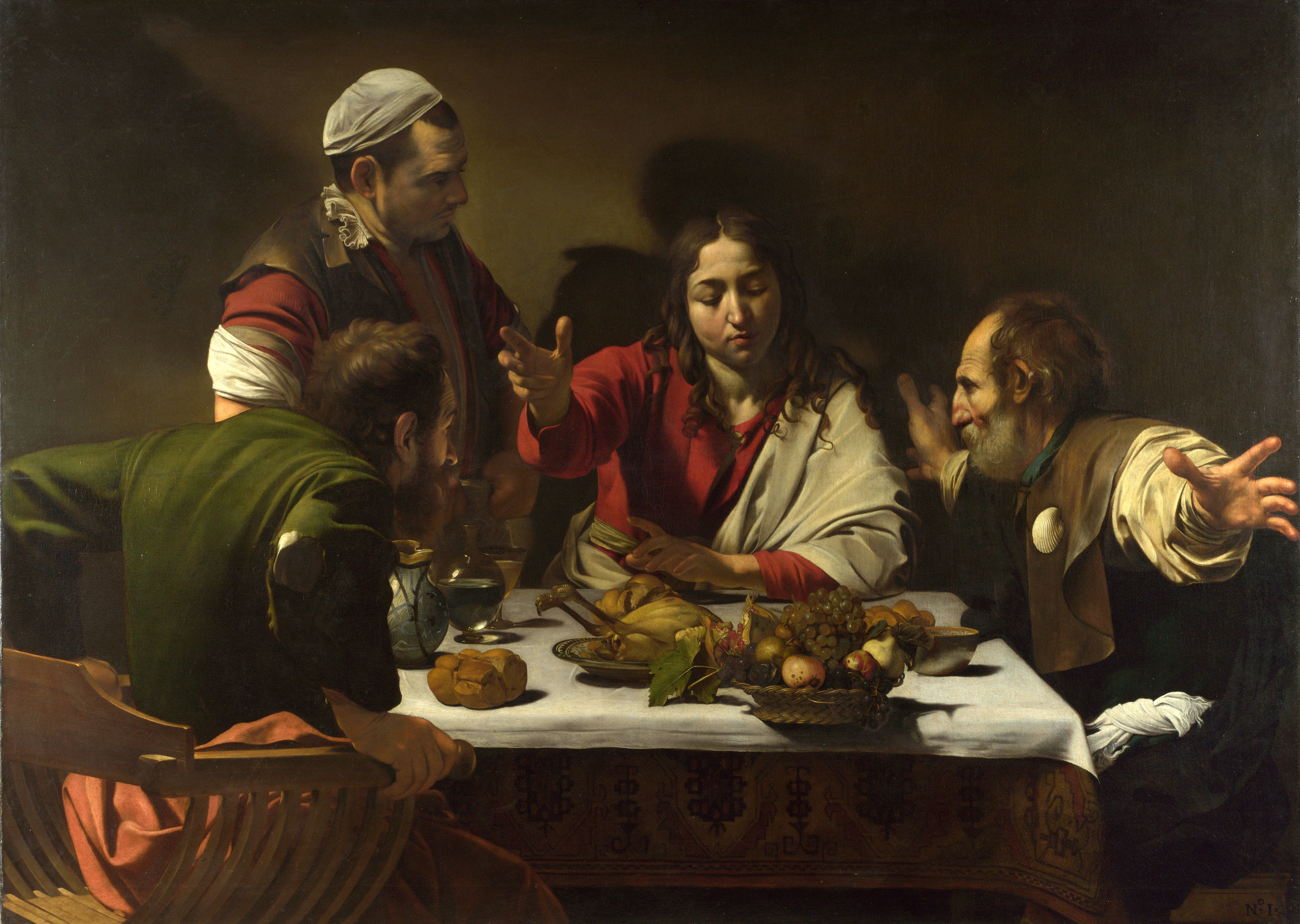 This proves an effective foreshadowing of Luke 24, where the resurrection continually prompts doubt and disbelief (with the sterling exception of the women at the tomb!), until Jesus dispels doubt by turning to the Scriptures (Luke 24:27, 44-45).  Of course, reading the Scriptures alone is not enough.  Only when Jesus himself has “interpreted for them the things written about himself in all the scriptures, starting with Moses and going through all the Prophets” (Luke 24:27) and “opened their minds to understand the scriptures” (Luke 24:45) does their meaning become powerful and apparent.  As the two friends in Emmaus say after their encounter with Jesus, “Weren’t our hearts on fire when he spoke to us along the road and when he explained the scriptures for us?” (Luke 24:32).

It is difficult to know precisely what Luke has in mind when he writes,

This is what is written: the Christ will suffer and rise from the dead on the third day,  and a change of heart and life for the forgiveness of sins must be preached in his name to all nations, beginning from Jerusalem (Luke 24:46-47).

It seems unlikely that Luke is thinking of a specific text for each claim Jesus makes here about himself (remember, unlike Matthew, Luke does not often quote Scripture).  Rather it seems that the whole of Scripture extends into, and finds its fulfillment in, the life, death, resurrection, and ascension of Jesus.  This is the point of Luke’s gospel, and the reason he writes as he does, in the style of the Septuagint, echoing its language and themes.  Luke believes that he is writing Scripture, and that Scripture bears witness to God in Christ Jesus.

When I was teaching at Randolph-Macon College, I met a Korean-born Christian named Peter Chang.  Peter, like me, had done his Ph. D. in Hebrew Bible at Union (now Union Presbyterian) in Richmond, VA, and for a time worked as an adjunct in our college Religious Studies department.  We talked often, about common friends at Union, about our discipline of biblical studies, about teaching, but also about faith.

Peter told me how he had become a Christian in South Korea.  He was a university student, he said.  At this time, he knew no Christians: his family was not Christian; he had no Christian friends.  Together with a group of other students, none of whom was Christian, Peter began a study of the gospel of Mark.  In the course of that study, they became convinced of the truth of what they were reading.  Unguided by missionaries or tracts, unproselytized by Protestants or Catholics, without an evangelist or an altar rail in sight, they gave their lives to the Jesus they met in the pages of Scripture.

I found Peter’s story amazing, but not surprising.  In my years of teaching Bible to undergraduates, many of whom had never opened a Bible before, I had often seen similar evidence of the power of Scripture to change lives.  Many times, students have written a note on the last page of their final exams, telling me that they have started going to church, or that they have started listening to their pastor’s sermons.  One student wrote, “I think I know now what I need to do to be saved.”  Scripture has this power, not because the Bible is a magic book, but because in its pages, God comes to meet us.

Through the words of Scripture, we encounter the Word made flesh, our living Lord and Savior Jesus Christ. Remembering Christ, we are ourselves “re-membered”–put back together, healed, and made whole.

The statue that I have used to represent Mary and Elizabeth’s encounter is “Two Women” (ca. 1950-1960), by Charles LePlae.  It stands outside the Openluchtmuseum voor Beeldhouwkunst Middelheim (Antwerp, Belgium).  I found this image in Vanderbilt Library’s wonderful online resource “Art in the Christian Tradition,” which is linked to the lectionary.  Also from that lectionary site comes this beautiful prayer for the day:

Blessed God,
who invited us to be handmaids of your creative power:
Bless us as you blessed Hannah, Elizabeth, and Mary,
filling our barren hearts with your fertile word,
nurturing faith within us,
sustaining us as we ripen with hope,
until your desire calls us to the time of labor,
and we give birth to your incarnate love. Amen.