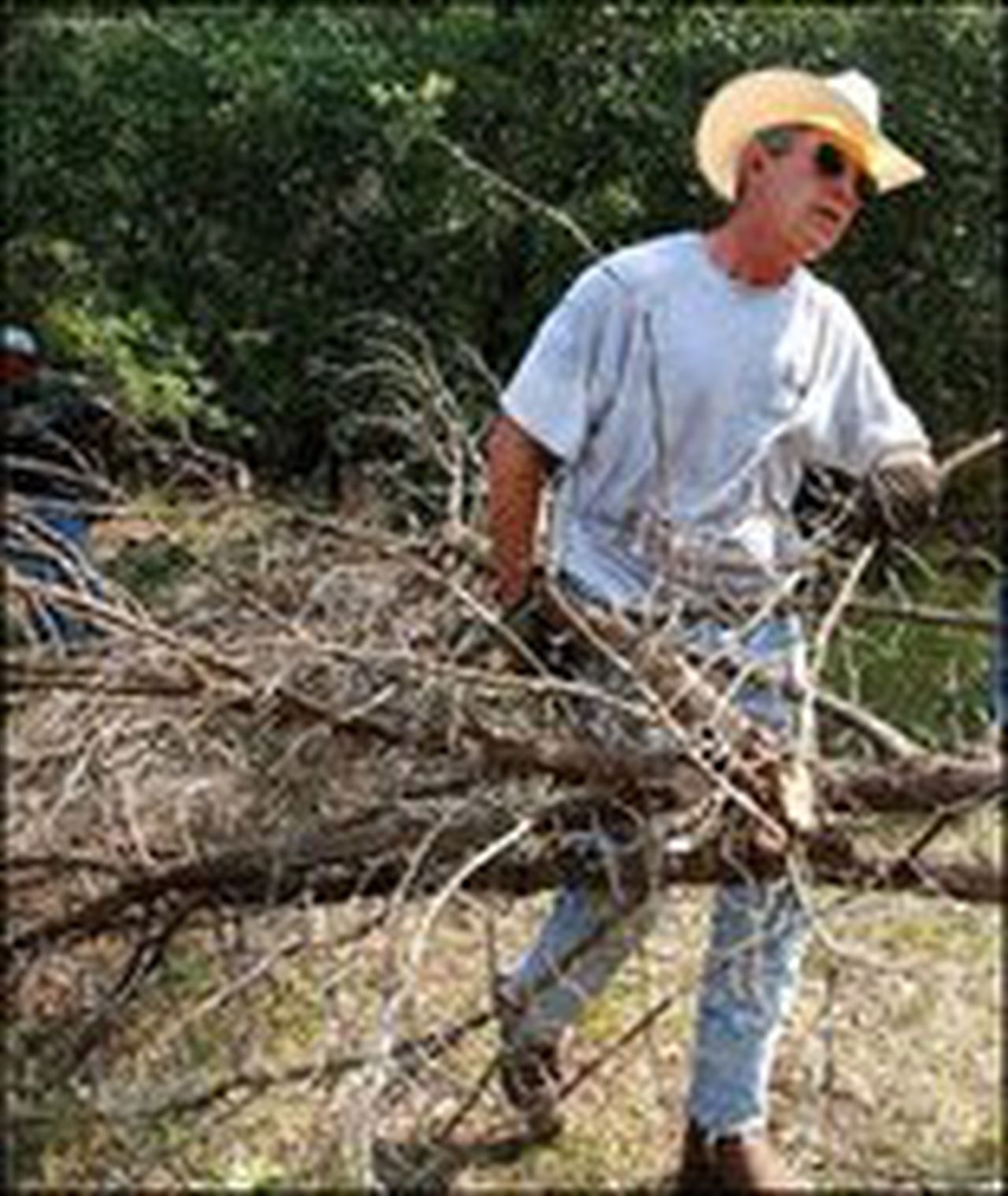 In an earlier blog, I argued that the Sodom story condemns cruel and callous inhospitality to strangers, not same-sex relations. Many other passages often cited as condemnations of homosexuality are also, I would argue, not relevant to our contemporary conversation about LGBTQ matters.  This week, I will explain why I do not believe that these passages should figure in our discussion.

Much like the story of Sodom’s destruction in Genesis 19:1-28, the story of the Levite’s concubine (the CEB reads “secondary wife”) in Judges 19 concerns a mob of men threatening to rape a male stranger.  If anything, the horrific violence of the Judges story far eclipses the Genesis account.  Still, it is even clearer in Judges 19 than in Genesis 19 that the issue is the rape and humiliation of the stranger, and not same-sex relations.  While in Gen 19:7-8, Lot offers his own daughters to sate the vicious lust of the mob, in Judges the threatened Levite callously yields up his own concubine to be raped to death (Jdg 19:25-28).  The broader context in Judges shows the purpose of this narrative.  Judges 20 describes a bloody war between an alliance of northern tribes and clans and the tribe of Benjamin, triggered by Benjamin’s violent inhospitality toward the Levite.  Judges 21 explains that Benjamin survived, despite being ostracized by the other tribes, by raiding its neighbors and kidnapping their women.  The entire sordid episode becomes an illustration of the lawless violence of the days before kingship: “In those days there was no king in Israel; each person did what they thought to be right” (Jdg 21:25).  Like the Sodom story, this episode has nothing to do with anyone’s idea of consensual sexual intimacy.

A variety of Old Testament texts concern individuals who seem to have engaged in sex acts as part of worship.  Some ancient people believed that sex had sacral significance, prompting the fertility of the earth (the clay figure above is an image of the Canaanite fertility goddess Asherah).   The term used for a man engaged in this practice is, curiously, qadesh: that is, “holy one” (see Deut 23:17-18[18-19 in the Hebrew text]).  The CEB refers to these persons as “consecrated workers,” though a footnote indicates that this term is traditionally rendered “cultic prostitute” (see the NRSV).  The contempt in which such persons were held in Israel may be indicated by the term used in Deuteronomy 23:18 (23:19 in the Hebrew) for male temple prostitutes: Hebrew keleb, or “dog.”

Talmud (b. Sanhedrin 54b), the authoritative Jewish collection of Rabbinic tradition, interprets qadesh here with reference to Lev 20:13, as referring to male homosexuality (see the KJV, which renders qadesh as “sodomite”).  Still, the sexual acts in which these temple prostitutes were engaged do not necessarily involve male homosexuality.  There were female temple prostitutes as well (Hebrew qadeshah; see Gen 38:21; Hos 4:14; Deut 23:17[18]).  Amos 2:7-8 links social injustice and false worship in a potent image involving heterosexual contact with a temple prostitute:

They crush the head of the poor into the dust of the earth,
and push the afflicted out of the way.
Father and son have intercourse with the same young woman,
degrading my holy name.
They stretch out beside every altar
on garments taken in loan;
in the house of their god they drink
wine bought with fines they imposed.

The Bible condemns the qadesh/qadeshah, not for their involvement in same-sex relations, but for their place in idolatrous worship.  Remember that in Deuteronomy and in 1 and 2 Kings,  “abomination” (Hebrew to’ebah) typically refers to idolatry.  Reforming kings who do away with idol worship are also praised for doing away with temple prostitution (see 1 Kgs 15:12, on King Asa’s reforms, 22:46, on Jehoshaphat’s; and 2 Kgs 23:7, on Josiah’s).  Despite the traditional rendering reflected in the KJV, we have no reason to think that these texts condemning idolatrous worship practice have anything to do with our contemporary conversation about homosexuality. 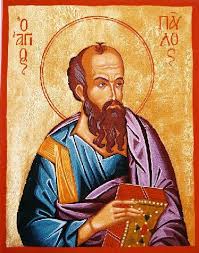 In the New Testament, two passages often cited in connection with homosexuality are 1 Corinthians 6:9-10 and 1 Timothy 1:9-10.  Both passages are “vice lists:” stereotyped lists of offenses used by moral teachers in the Greco-Roman world.  These lists are common in Pauline literature (that is, the New Testament letters associated with the Apostle Paul), and their contents vary (for example, see Rom 1: 29-31; 2 Cor 12:20; Gal 5:19-21).  They are never unpacked in context: that is, the individual elements in the list are not discussed in any detail, and no case is made for naming any part of the list as a vice.  The entire list is thrown out as a block, to establish a consensus the teacher can then build upon: these are actions that Paul assumes the entire community will regard as unacceptable.

1 Corinthians 6:9 uses the term malakoi, literally, “soft ones” (see Matt 11:8//Lk 7:25, where the word malakos describes the “soft robes” [CEB has “refined clothes”] worn by the rich).  Both 1 Cor 6:9 and 1 Tim 1:10 use the unusual word arsenokoitai (“lie with a man”?). The NRSV and the 1984 NIV alike render malakoi as “male prostitutes,” while the KJV has “effeminate.”  For the term arsenokoitai, NRSV has “sodomites” in both places; the 1984 NIV has “homosexual offenders” in 1 Corinthians and “perverts” in 1 Timothy.  The KJV reads “abusers of themselves with mankind” in 1 Corinthians, and “them that defile themselves with mankind” in 1 Timothy.

The CEB has “both participants in same-sex intercourse” in 1 Corinthians 6:9; a footnote explains that this refers to “submissive [that is, malakoi] and dominant [that is, arsenokoitai] male sexual partners.”  Similarly, the new NIV reads “men who have sex with men;” the translators’ footnote says that these words “translate two Greek words that refer to the passive and active participants in homosexual acts.”  In 1 Timothy 1:10, the CEB renders arsenokoitais as “people who have intercourse with the same sex,” while the NIV has “those practicing homosexuality”–translations difficult to understand since, as we will see below, the word plainly refers to something that men (Greek arsenos) do, and not to same-sex relations generally (as, recall, was also the case in Lev 18:22 and 20:13).

All of these translations, both old and new, pretend to a confidence in the meaning of malakoi and arsenokoitai that we in actuality do not, and cannot, have. Both words are rather rare.  The Greek word malakos (“soft”) occurs only twice in the Septuagint, the Greek translation of Jewish Scripture (see Prov 25:15, where the CEB has “tender,” the meaning of the Hebrew rakah; and Prov 26:2, where the CEB has “choice snacks” for the Hebrew mithlakhamim, “delicacies”).  Apart from 1 Corinthians 6:9,  malakos appears only two other times in the New Testament–as we saw above, in Matt 11:8//Lk 7:25.  None of this helps us understand what Paul intends in 1 Cor 6:9.

Turning to Greek literature roughly contemporary with our New Testament, we find the term malakos in a history of the Roman Empire by Dionysus of Halicarnasus (ca. 60-7 B.C.):

The tyrant of Cumae at that time was Aristodemus, the son of Aristocrates, a man of no obscure birth, who was called by the citizens Malacus or “Effeminate” — a nickname which in time came to be better known than his own name — either because when a boy he was effeminate and allowed himself to be treated as a woman, as some relate, or because he was of a mild nature and slow to anger, as others state (Roman Antiquities 7.2.4).

Since Dionysus admits that he is not sure why Aristodemus was nicknamed “Malacus” (“Softie”), this reference is not decisive–though the rumor that Malacus was “treated as a woman” when he was a boy suggests another way to understand this term. 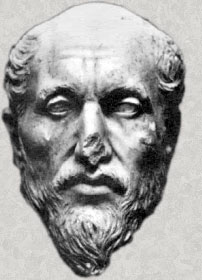 In his discussion of Lev 18 (see Special Laws 3.5–8), the Jewish philosopher Philo of Alexandria (20 B.C.-50 C.E.) uses the term malakia (clearly related to malakos) with reference to pederasty–sex with boys:

And let the man who is devoted to the love of boys [Greek paiderastes] submit to the same punishment, since he pursues that pleasure which is contrary to nature, and since, as far as depends upon him, he would make the cities desolate, and void, and empty of all inhabitants, wasting his power of propagating his species, and moreover, being a guide and teacher of those greatest of all evils, unmanliness and effeminate lust [Greek malakias], stripping young men of the flower of their beauty, and wasting their prime of life in effeminacy (Special Laws 3.7.39).

Perhaps, then, the term malakos has to do with the sexual abuse of boys. 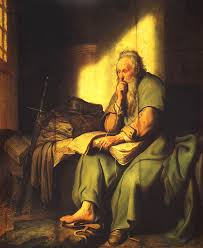 Unlike malakos, the word arsenokoitai does not appear anywhere before its use by Paul in the New Testament.  Robert Gagnon suggests that Paul himself may have coined the word, with reference to Lev 18:22 in the Septuagint–where the Greek words arsenos (“male”) and koite (“bed,” specifically “marriage bed,” hence our word “coitus”) both appear (Robert A. J. Gagnon, The Bible and Homosexual Practice: Texts and Hermeneutics [Nashville: Abingdon, 2001], 312).  If this is so, then Paul may be creating a term here to use for male homosexuality. In Talmud, however, as in Philo, the Lev 18 and 20 passages are read specifically with reference to pederasty (see b. Sanhedrin 54a-55a).  In Greco-Roman society, it was not at all uncommon for an upper-class man to take a boy as his ward, teaching him, enculturating him, introducing him into society–and using him sexually.  The myth of Jupiter and Ganymede, depicted in the plaque above, gave religious sanction to these relationships.  Still, as J. Paul Sampley observes, Roman moral philosophers such as Seneca, Plutarch, and Dio Chrysostom objected to the sexual exploitation of boys (and sometimes girls) enslaved in households for same-sex relations (J. Paul Sampley, “1 Corinthians,” in The New Interpreter’s Bible, Vol 10, ed. Leander Keck [Nashville: Abingdon, 2002], 859).  Perhaps this is what Paul too has in mind in 1 Cor 6:9 when he places malakoi and arsenokoitai in his vice list.

This does not mean that either Paul or his Jewish contemporaries approved of homosexual behavior; certainly they did not (as Philo’s argument above demonstrates, and as we will see next week when we consider Romans 1:24-27). 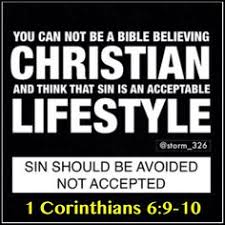 But it does mean that the New Testament vice lists, often used to condemn all same-sex relationships as immoral, are at best ambiguous: we do not know for certain what malakoi  and arsenokoitai mean.  But if  1 Corinthians 6:9-10 and 1 Timothy 1:9-10 do in fact condemn child abuse, then these vice lists have nothing to say about committed, loving relationships between consenting LGBTQ adults.  Like the story of the Levite’s concubine or the Old Testament temple prostitution texts, they are not relevant to our contemporary conversation.